Canvas is a big-ass speaker stand for LG OLED TVs

If you’ve picked up an OLED TV, you’re left with two choices for high quality sound: A soundbar, or large speakers for a home theater setup. Canvas, a new project from a group of audio veterans, is something in between. It’s a huge speaker that serves as a stand for LG’s OLED TVs, giving you sound quality comparable to bigger Hi-Fi offerings, in a form factor that’s still relatively compact. And based on a brief demo, it sounds incredible.

At first, Canvas just seems like a large and colorful OLED stand. It sits flush against the TV, giving it a more seamless look than a separate soundbar. The faceplate is removable, allowing you to change up the colors to match your furniture. There’s also a small nook inside the cabinet to hold a set-top box. You’ll need a separate piece of furniture to hold the rest of your home theater devices, as you’d expect, though Canvas CEO Kim Neeper Rasmussen says the company is considering ways to mount consoles. 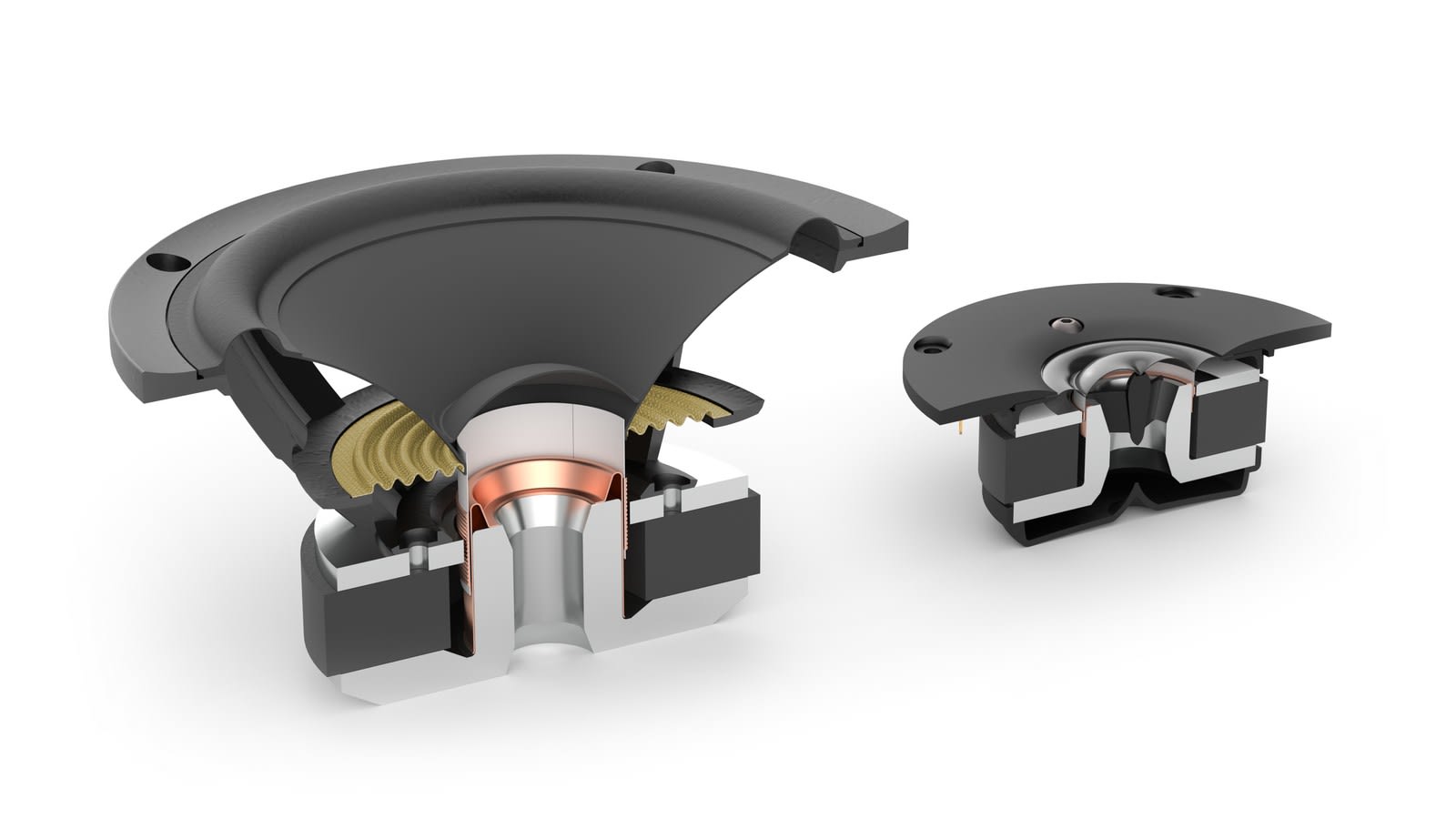 Based on its specs alone, Canvas seems like two Hi-Fi towers that have been transformed into a TV stand. The reality isn’t too far off. While listening to Tan Dun’s Crouching Tiger, Hidden Dragon score and Darren Aronofsky’s The Fountain soundtrack via AirPlay on an Apple TV, Canvas sounded as crisp as my high-end home theater setup. I could feel the impact of every drum beat during the Crouching Tiger tracks, the low-end was punchy but not overly boom. Meanwhile, the chaotic supernova of sound in “Death is the Road to Awe” felt incredibly epic. That’s a track where lesser speakers tend to lose detail as multiple instruments start competing for attention, but Canvas handled it like a champ at high volume without distortion. (It was so loud I felt bad for the other folks in that office.)

I was also surprised by how well Canvas handled stereo separation. To accomplish that, Rasmussen says sought out the creator of the BACCH 3D audio filter, Princeton professor Edgar Choueiri. That technology was also used in Jawbone’s Jambox speakers (it was known as “LiveAudio”), where it helped those small boxes deliver three-dimensional audio. While I wouldn’t mistake Canvas for a full-fledged surround sound setup, its large sound field was impressive, especially during trailers for Gravity and Blade Runner 2049. 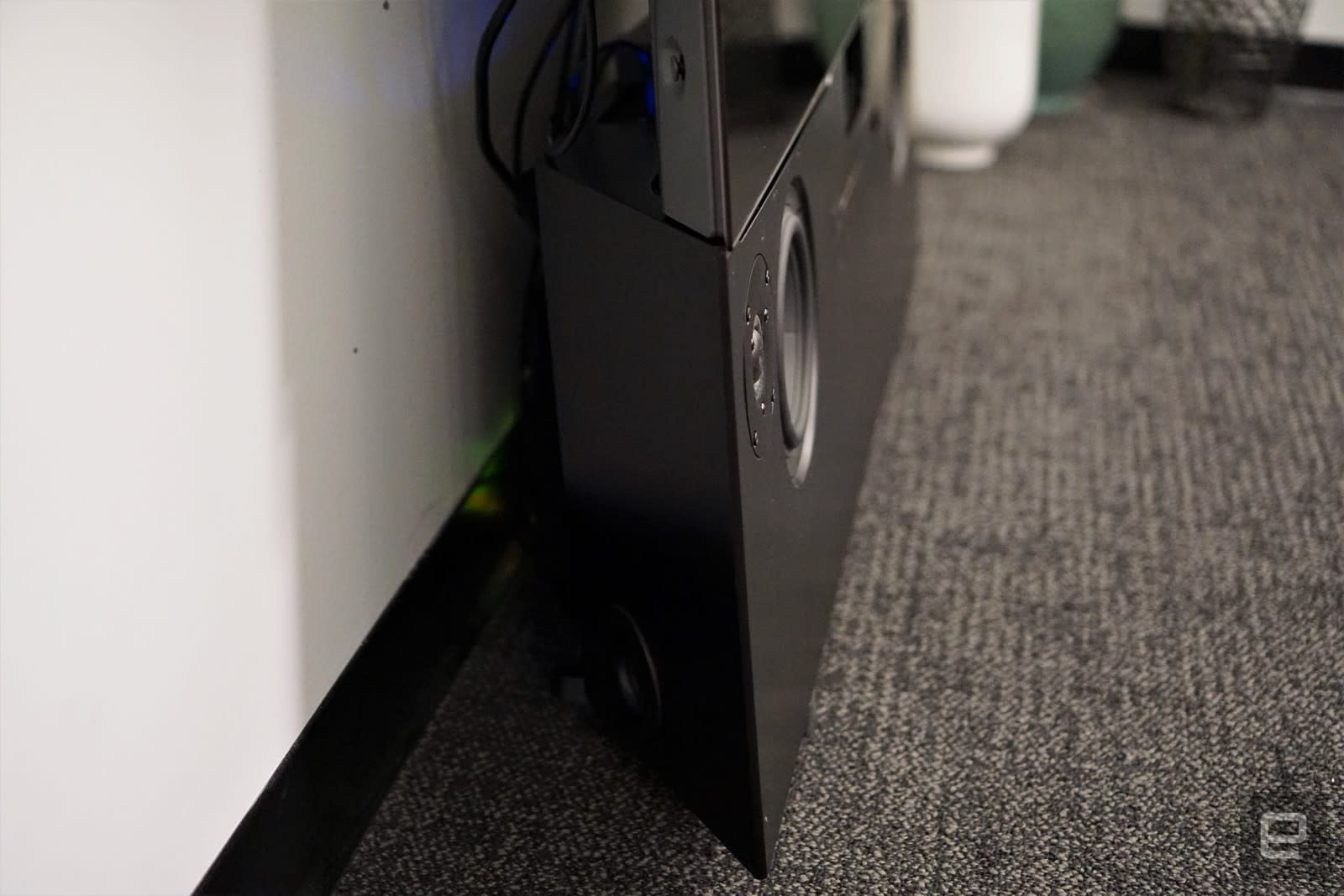 As for connectivity, Canvas will connect to LG OLED TV’s via HDMI-ARC or optical cable, and for wireless audio it’ll support AirPlay 2, Chromecast, Tidal, Spotify Connect, Sonos Connect, DLNA and Bluetooth. There’s also an analog connection that you can use for record players and other gear.

Canvas’s biggest issue right now is that it’s only designed for LG’s OLED B and C-series TVs from 2016 to 2019. It doesn’t support the curved C-series 2016 model, or any of LG’s higher-end OLED offerings. While you could conceivably attach any TV to it, you won’t get the clean look you’d get with LG’s OLEDs. At just 15-inches tall, Canvas might also sit a bit too low for most TV watchers. Rasmussen says the company is considering a wall mount accessory to help with that issue. 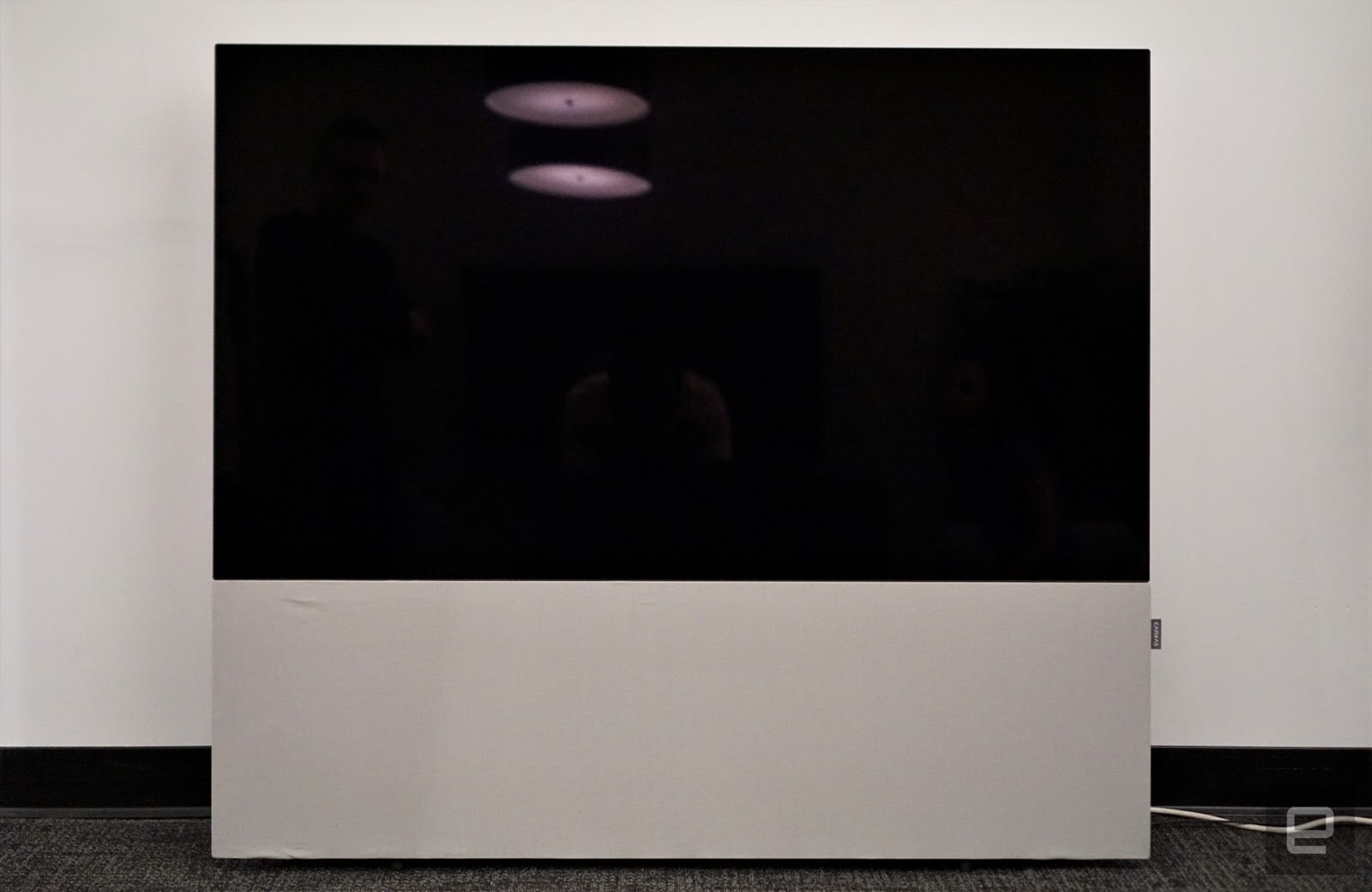 I’ll admit, Canvas is the sort of expensive product with niche appeal that I’d typically ignore. But it actually sounds and looks good enough to appeal to a decent chunk of LG OLED owners. And it wouldn’t be that tough for the company to add support for other sets later.

You can pre-order the 55-inch Canvas model today for $999, while the 65-inch model will run for $1,099. The company is launching a crowdfunding campaign in October to gauge interest and raise more funds. The final pricing will likely end up higher than those pre-order figures, but that’s actually reasonable for the quality it delivers.