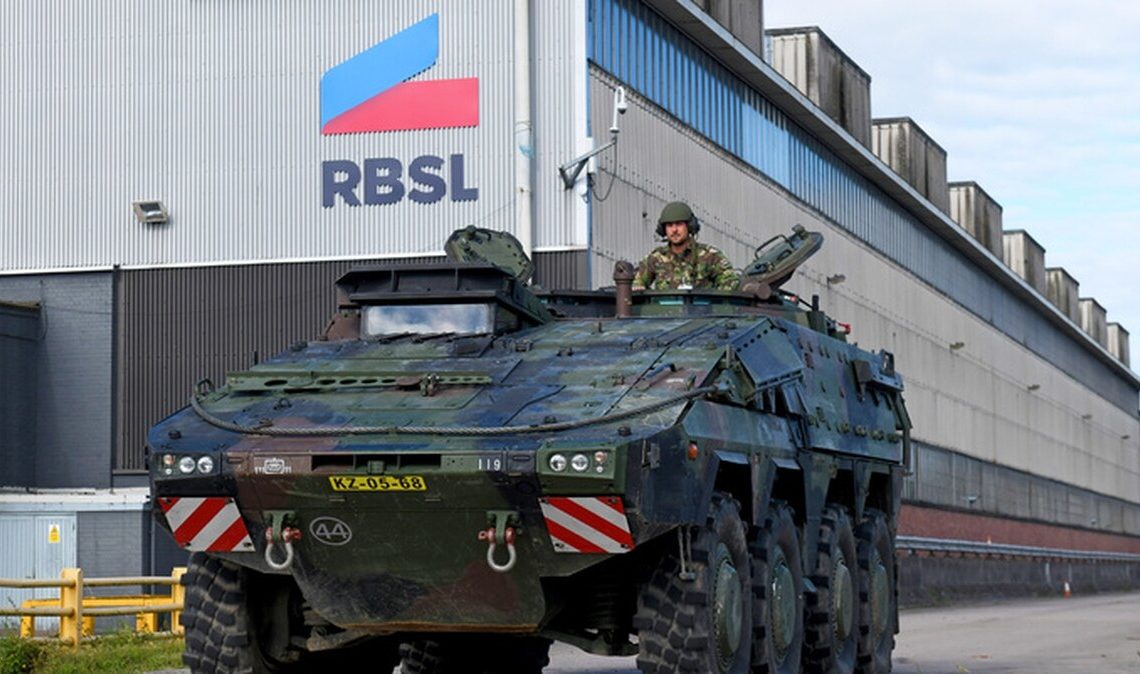 LONDON – The British Army is looking at how it can increase the firepower of its new Boxer mechanized infantry vehicles to compensate for the decision to axe the more heavily armed Warrior armored vehicle from its lineup.

“The Army is conducting an analysis on potential lethality enhancements of Boxer vehicles. As outlined in the recent Integrated Review, modernizing our armored capabilities is not replacing ‘like for like’ but integrating our new technologies and ways of operating,” a Ministry of Defence spokesperson told Defense News.

The government brought the shutters down on a program to update hundreds of Warrior infantry fighting vehicles late March as part of its defense, security and foreign policy review, leaving the Boxer armored personnel carrier to help fill the gap left in the armored forces inventory.

“We will no longer upgrade Warrior but it will remain in service until replaced by Boxer, which we expect to happen by the middle of this decade,” the MoD said in a March 22 “Command Paper” announcing the changing shape, size and capability of the military as part of the Integrated Review.

That change in direction has left the British with some issues to resolve.

Leaving aside the debate over tracks versus wheels – Warrior has tracks, Boxer features 8×8 wheels – the biggest disparity between the two vehicles is probably lethality.

The update program is years late and heavily over budget. In part that’s due to issues with the government-mandated use of the unconventional CTAI weapon.

The update, known as the Warrior Capability Sustainment Program, has been brought to a close with development and testing virtually complete, but before a manufacturing contract was signed.

Ampthill employs around 900 people of which some 30 percent work in the turret business.

The future of the turret operation, where Lockheed Martin says it has invested £23 million ($32 million) building a center of excellence is now under scrutiny by the company.

Company officials said one program that could potentially provide work is the British Army’s requirement to boost its 155 mm howitzer capability.

“We are tracking the Mobile Fires Platform program very closely despite the initial operating capability date slipping to the end of this decade. We believe there will be a requirement from the MoD to maximize UK workshare on the program,” said a spokesperson.

“Whilst Lockheed Martin does not have a 155 mm solution to offer into the program, we believe that our unique systems design, integration and manufacturing facilities at Ampthill will be critical in ensuring the successful delivery of the capability into service,” the spokesperson said.

The British Army is in the early stages of the Mobile Fires Platform procurement. Updating the current AS90 tracked howitzer is one option, mounting a 155 mm gun on Boxer is another.

But there is plenty of other interest too from foreign companies like South Korea’s Hanwha Defense with the self propelled K-9 vehicle already bought by Australia.

That’s for the future, though. A more immediate priority appears to be giving Boxer a heavier punch than it has at the moment.

The Boxer variants purchased by the British in a £2.3 billion ($3.2 billion) deal in 2019 to supply an initial 508 vehicles from Germany’s ARTEC joint venture between Rheinmetal Landsysteme and Krauss-Maffei Wegmann, have much less firepower but were designated for a different role to Warrior.

Most of the vehicles being purchased by the British are in an infantry carrier configuration, with ambulance, command and specialist vehicles making up the remainder.

The number of vehicles purchased by the British is likely to change. The expectation has always been that Boxer numbers would increase substantially as it replaced other vehicles in the inventory and new requirements, possibly like the 155mm howitzer, are added.

Detailed analysis is now being undertaken by the Army to determine the future size, shape and structure of the Boxer fleet.

The Boxer’s rapidly swappable mission modules give the vehicle the flexibility to change roles without necessarily buying matching numbers of platforms.

Part of the solution to more hitting power might be to increase the number of Boxer reconnaissance variants fitted with anti-tank guided missiles.

For the moment the number of reconnaissance vehicles purchased by the British stands at 50, but the Army is conducting an analysis to determine if more Boxer vehicles within the force should also be fitted with ATGMs.

There are other lethality options open as well.

ARTEC managing director Stefan Lischka was reluctant to talk about possible British firepower solutions but pointed out that existing customers had helped the company develop plenty of options.

“The proven and certified solutions for the UK to choose from for the [mechanized infantry vehicle] in order to de-risk and keep pace are increasing as we have a growing basket of various configurations gained out of the cooperation with other nations operating Boxer,” said Lischka.

“Be it firepower or recovery capabilities already contracted, or be it a broad spectrum of mature prototypes for artillery or bridge-laying, Boxer [has an answer],” he said.

The German company have several cannon and missile options available in manned or unmanned turret configurations that could interest the British.

Australia, with whom the British have close defense ties, is nearing verification of the design of a manned turret with a 30 mm cannon installed on a Boxer combat reconnaissance vehicle variant as part of its Land 400 Phase 2 program.

A second export customer, Lithuania, has a combination of missile and 30mm cannon on its Boxer variant, known as the Vilkas.

The MoD has no current plans to do so but it might even be possible, albeit risky politically , to fit the CTAI cannon to Boxer.

In written evidence late last year to the parliamentary Defence Committee enquiry into progress – or rather more accurately: lack of progress – in delivering the Army’s armored-vehicle program Lockheed showed a picture of a turret fitted with a CTAI cannon on a Boxer platform for a potential export customer.

Some analysts here think that even if the Warrior update program had gone ahead the British would eventually have had to come round to replacing the Boxer’s heavy machine gun with a 30 mm cannon to match potential adversaries.

It’s not just lethality the British are taking a look at with Boxer.

The Army is also looking at accelerating the production rate of the vehicle, which currently is slated to involve roughly 50 Boxers a year for ten years – a rate the Defence Committee said was astonishingly slow.

Early vehicles will come off production lines in Germany, but sites in Telford and Stockport in England are set to take over the assembly work as local capabilities grow.

As things stand, the first production vehicles are forecast to enter trials and training in 2023 for an initial operating capability by 2025. There is though work underway to try and speed that up.

The British are now aiming for full operating capability by 2030, bringing this forward from 2032.