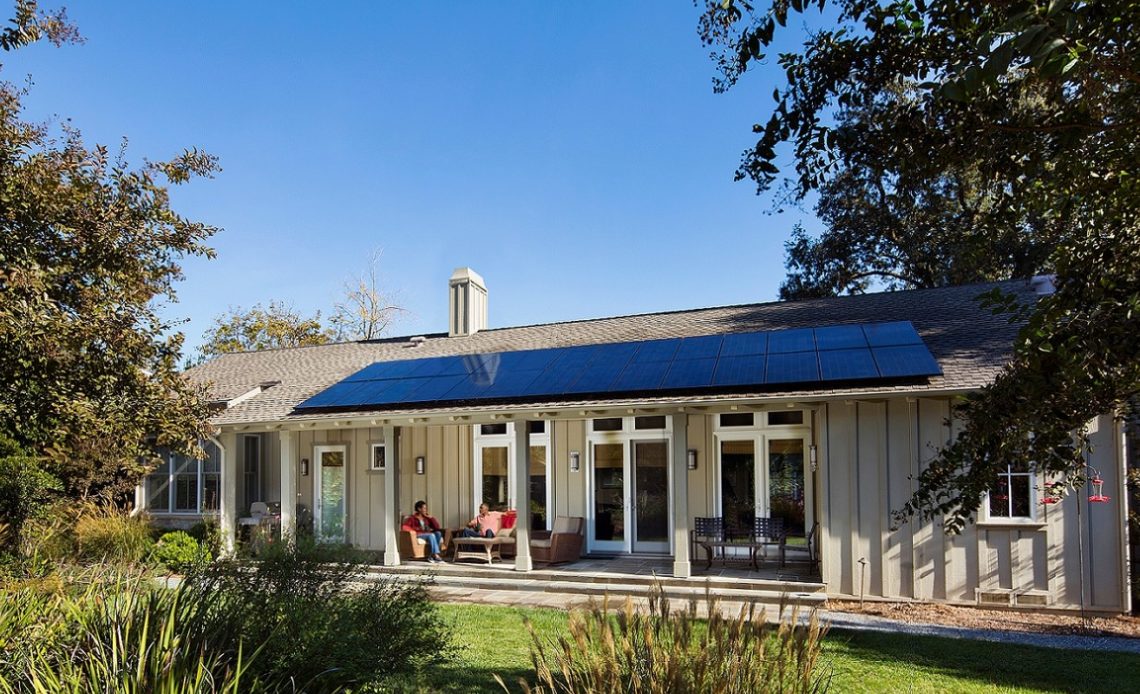 Florida governor Ron DeSantis (R) vetoed a bill, which the state’s Republican-majority House and Senate passed, that would have slashed rooftop solar credits in the state. It would have denied many homeowners net metering in the Sunshine State, and harmed its solar industry.

April 27: DeSantis wrote in his veto letter dated today, as seen below, that the “state of Florida should not contribute to the financial crunch that our citizens are facing.”

Net metering gives Floridians access to clean, affordable energy and provides an element of choice and competition in the energy market. The practice reduces strain on the grid and diversifies energy sources, benefiting all energy consumers, not only those with rooftop solar.

[DeSantis’] decision to veto this bill will allow our industry to continue growing and give more homeowners in our state the chance to lower their electric bills with solar.

Electrek’s Take: This is a huge surprise, and I am happy to admit my prediction that DeSantis would sign this was wrong. Solar in Florida is vital, and homeowners need this incentive to continue to adopt it. I don’t care what DeSantis’ motive is, he had the sense to pay attention to the fact that nearly 90% of the state’s population didn’t want net metering discarded, regardless of political affiliation.

DeSantis will now sends the bill back to the House, where it will be available for consideration until the end of the current session. It takes two-thirds of the members voting in each house to override a veto in Florida. It initially passed in the House by a combined vote of  83-31, with five abstaining in the House, and 24-15 in the Senate. Will the legislature override DeSantis? We’ll see. We hope not.

Net metering allows residential and commercial customers who generate their own electricity from solar power to sell the electricity they aren’t using back into the grid.

The bill, which cleared the legislature after being promoted almost entirely by monopoly utilities, would put rooftop solar out of reach for most Floridians. E&E News pointed out on Tuesday:

Documents obtained by Floodlight in conjunction with the Miami Herald and The Guardian showed the bill (HB 741/SB1024) had significant influence from Florida Power & Light Co. (FPL), the state’s largest electric company and a powerful player at the state Capitol.

It is common for lobbyists to write pieces of legislation, but the story led FPL to create a website taking aim at the newspaper article. FPL is owned by NextEra Energy Inc., the world’s largest renewable energy developer.

E&E also notes that some Republicans, which hold the majority in both houses, oppose this bill. Florida state Senator Jeff Brandes (R), who isn’t running for re-election due to term limits, “criticized the measure because he said it lacked input from industry experts, data from the [Public Service Commission] that showed subsidies, and evidence from FPL that it needed to raise rates because of rooftop solar.”

If the war in Ukraine has taught us nothing, it is that America needs to take control of its energy. It has to be energy independent.

In the military, we have ready, aim, fire. This bill is fire, ready, aim.

The fact that there is no study or vetted data to establish the veracity of these supposed costs is just simply unbelievable to me.

The rooftop solar industry in Florida supports more than 40,000 jobs across the state, and experience in other states, according to the SEIA, indicates that the legislation would threaten upwards of 9,000 of those jobs.

The legislation would allow utility companies to reap profits from energy generated by homeowners who have made the investment into rooftop solar. It would allow utilities to charge excessive fees on over 100,000 solar customers around Florida, which effectively creates a new tax on energy.

Ultimately, this bill would rid Floridians of their energy choices, create new fees and taxes, and destroy jobs.

A recent poll shows that 84% of Florida voters support net metering. However, if this bill is signed by DeSantis, the changes will negate much of the cost savings associated with customers’ investments in solar while making it difficult for homeowners and businesses to afford a transition to solar. This will lead to less energy freedom and higher utility bills in Florida.

The SEIA points out that other states have attempted similar net metering policy changes, resulting in a bad deal for their residents.

After Nevada gutted its net metering program, it experienced a significant loss of jobs and businesses. The SEIA reports that two weeks after Nevada enacted its legislation, for example, a major rooftop solar company announced it would cease operations in the state and eliminate 550 jobs. The following year, the Nevada legislature voted to reinstate net metering due to the significant loss in jobs and economic impact, along with immense public outcry.

Will Giese, southeast regional director for the SEIA, said in a statement on its website:

This bill is a nightmare for anyone who believes in energy freedom and the rights of people to choose the energy that works for them and their families. Net metering has helped over 100,000 Florida homeowners make that choice, and utilities are now banking on the state government to strip those rights away and pad their monopoly hold on electricity.

Strengthening our energy independence at the national, local, and individual level is more important now than ever before. In the last few years, Florida has seen its solar industry grow to employ 11,000 people and generate over $10 billion of economic activity. States that enact bad legislation like this will see much of that business growth disappear, and we’re urging Governor DeSantis to veto the bill and maintain Florida’s place as a national energy leader. This is a simple choice between helping monopolies or helping the people.

DeSantis will sign this bill into law. For those of you who’ve ever looked at my bio, I was, until last month, a resident of St. Petersburg, Florida. (We’re moving to Vermont, where solar incentives are alive and well.) And this horrible bill is a real tragedy for a state that has an abundance of sunshine, and is guaranteed to suffer from sea-level rise due to climate change.

This bill is not only masochistic, it’s suicidal. But that’s what DeSantis does: He likes to roll things back. He calls it “freedom,” and then puts in restrictions, like cutting net metering, or an array of other things. (But what he really means is, “freedom” for what he and his supporters believe.) Just search “DeSantis ban” and watch your page populate with dozens of stories.

It’s pretty stupid to alienate 84% of your state’s population with a bill that has no study to back up its assertions.