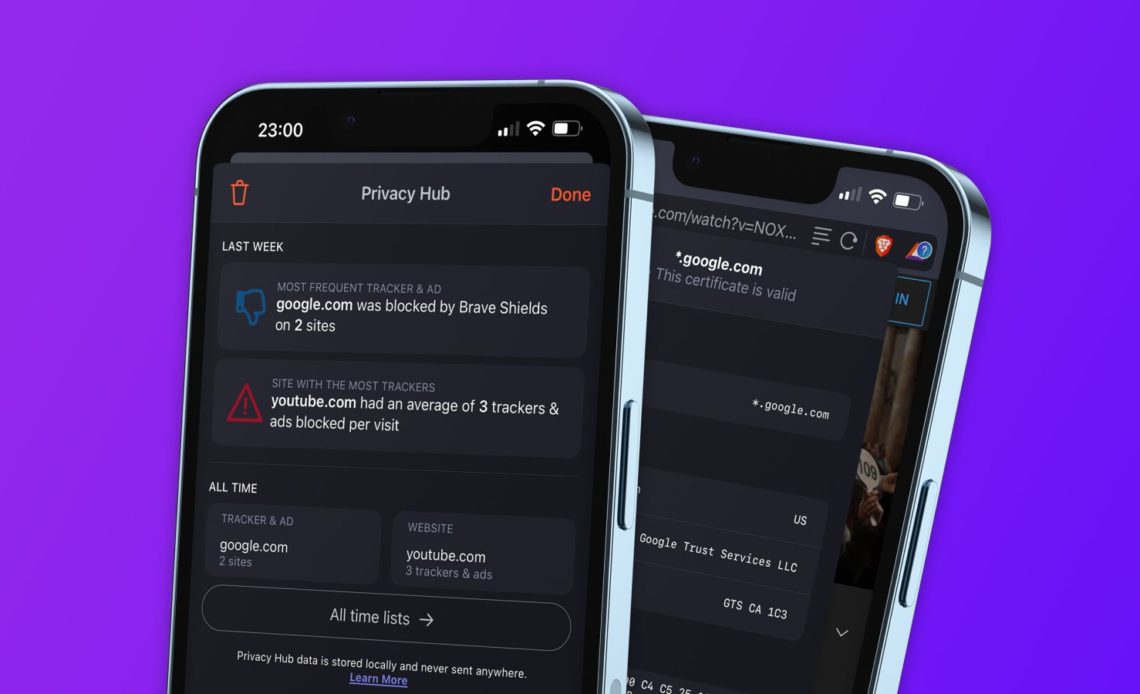 The popular privacy-focused web browser Brave released an update to its iOS app on Wednesday that brings a new “Privacy Hub” to its users. There, the app shows a summary of how visited websites collect and use personal data from the device.

The feature is part of version 1.38 of Brave for iOS, which adds even more options for users to browse the web safely and privately.

As detailed by the company in a blog post, the new Privacy Hub alerts users about trackers, fingerprinting attempts, and other “bad stuff” hidden on websites. For example, it shows if a blocked tracker is known to collect data such as email and location for advertising purposes.

Privacy Hub helps educate you about trackers and other privacy threats. It highlights risky pages and trackers, and ties those trackers to the tech companies and publishers behind them. It shows just how often sites try to invade your privacy.

But this is just one of the new features added to the web browser with today’s update. Fingerprinting protection has been improved in the iOS app so that it’s now more difficult for trackers to identify users online. Brave adds “small amounts of randomization to fingerprintable APIs” to trick websites without breaking them.

In addition, the iOS app now features Certificate Viewer – a feature that was already available in the desktop version of the web browser. Users can check whether a webpage’s certificate is still valid or not, as well as other advanced information about it.

Brave Browser for iOS is available for free on the App Store. There are also versions for macOS, Windows, Android, and Linux – and you can find them on Brave’s website.