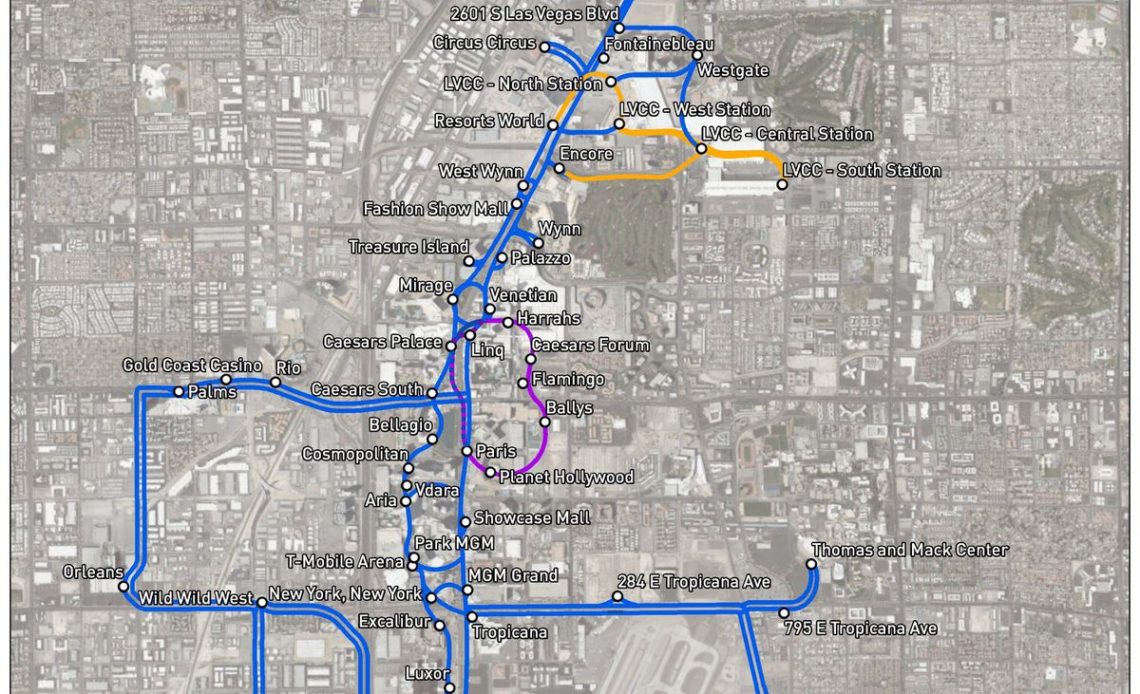 Elon Musk’s Boring Company has received unanimous approval to expand its system of tunnels beneath downtown Las Vegas. The expansion will add stops at landmarks like the Stratosphere and Fremont Street, letting customers hop aboard a Tesla and travel from one part of the city to the next.

The network of tunnels, called the Vegas Loop, is supposed to span 29 miles and have 51 stops when finished. But for now, only 1.7-mile tunnels are operational beneath the Las Vegas Convention Center (LVCC), turning what would be a 25-minute walk across the convention center into a two-minute ride. The system uses human-controlled Model X and Y vehicles to transport passengers, despite Musk’s previous statements about using sleds to carry cars through the tunnels.

This year’s CES attendees got to try out the tunnel beneath the LVCC themselves, and some riders weren’t all too impressed. While it was reportedly less congested than actually walking the convention center floors, riders said they experienced traffic backups in the tunnel, which holds a maximum of 70 cars at one time. The system transported about 15,000 to 17,000 passengers during each day of CES.

This most recent expansion gets The Boring Company closer to its goal of building a transportation system that spans the most popular destinations in Las Vegas. “Thanks to the entire team at the City of Last Vegas!” The Boring Company wrote on Twitter in response to the city’s approval. “Great discussion today, and TBC is excited to build a safe, convenient, and awesome transportation system in the City.”

Prufrock-1 has arrived at Resorts World on the Vegas Strip! Thanks to @ResortsWorldLV @LVCVA @ClarkCountyNV for their amazing support. pic.twitter.com/dr7VJLv3Lt

According to the Las Vegas Review-Journal, Steve Hill, the president and CEO of the Las Vegas Convention and Visitors Authority, expects the tunnel system beneath the Strip to start serving customers in 2023. Hill says the portion connecting the LVCC and Resorts World should be operational by the end of this year.