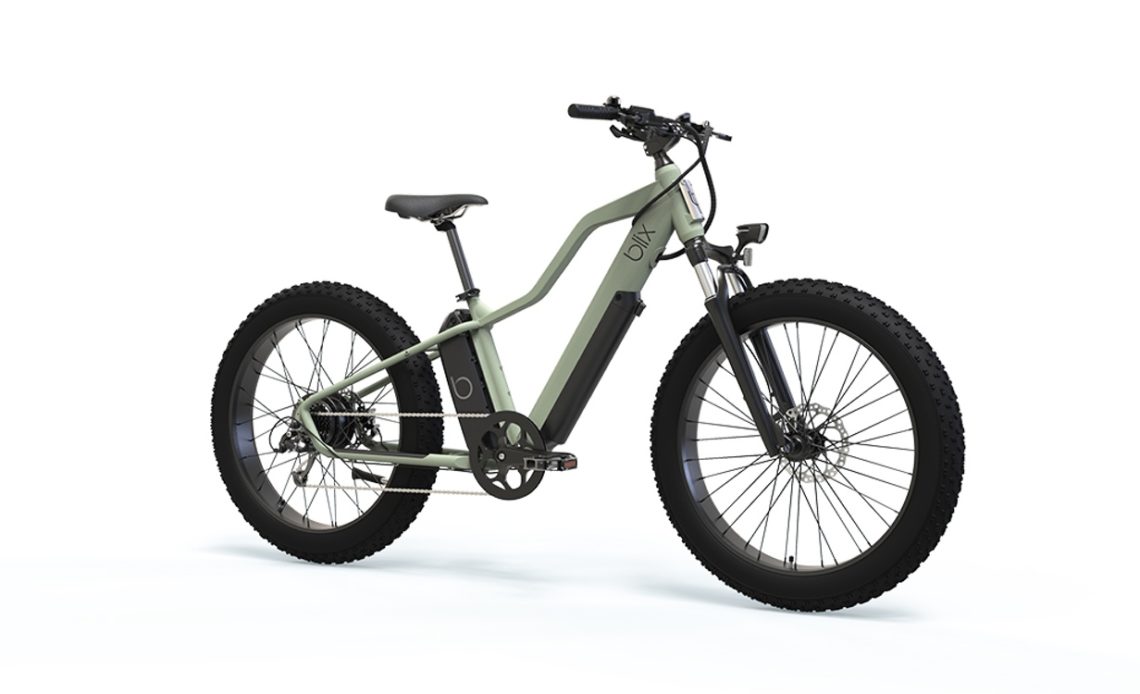 The Blix Ultra sports a 750W continuous-rated rear hub motor wrapped in a four-inch wheel and tire, putting out 90Nm of torque. Despite the 750W sticker, the company says that the peak power rating of the motor is actually 1,350 watts.

That’s just shy of two horsepower. And with five levels of pedal assist, the bike can reach speeds of up to 28 mph (45 km/h) on pedal assist, or 20 mph (32 km/h) with the included throttle.

Supplying that powerful motor is a single or dual battery setup of 48V 14.5Ah batteries. Riders that opt for two batteries will have a maximum of 80 miles (130 km) of range from 1,344 Wh of battery capacity. Even with a single battery though, this e-bike still packs in plenty of capacity for longer rides.

Speaking of capacity, the batteries aren’t the only high-capacity parts on the bike. The Blix Ultra is designed for high-capacity cargo hauling too, rated for 150 lb in the rear and 50 lb in the front (68 kg and 23 kg, respectively). The modular design of the bike means that riders can swap on all sorts of cargo accessories to take advantage of those weight capacities for hauling gear or kiddos in back.

One passenger-specific accessory that will likely become a crowd favorite is a passenger package that includes rear foot pegs and a wheel guard to keep wandering feet out of the spokes. Many e-bikes have added passenger packages to their designs, making it easier than ever to carry more than one person on an electric bike.

The combined off-road ability and cargo-hauling features of the Ultra are exactly what Blix was going for, as founder and CEO Pontus Malmberg explained:

The Ultra concept was to design an all-terrain e-bike that is practical enough to fit into your day, furthering our mission to integrate health and activity into everyday life. This is the most capable and versatile e-bike we’ve built, and it will bring a lot of value and differentiation to the table.

Other nice features seen on the bike include hydraulic disc brakes, an 80mm travel front suspension fork, an eight-speed transmission, and an 80-Lux headlight. That’s a lot of eights!

The frame also features a drop section just forward of the seat post. It may not be a full step-thru, but at least it’s not going to leave you singing in the boys choir if you stop short and need to scoot forward off the seat.

Connectivity on the bike is available through the Blix Connect smartphone app that interfaces with the bike’s display. Riders can access ride data, a community feed, and over-the-air firmware updates when needed. They’ll also be able to switch between Class 2 and Class 3 e-bike modes through the app.

The Blix Ultra is now taking pre-orders and is expected to begin shipping in July of this year. The bike is priced at either $1,999 for the single battery model or $2,399 for the dual battery model.