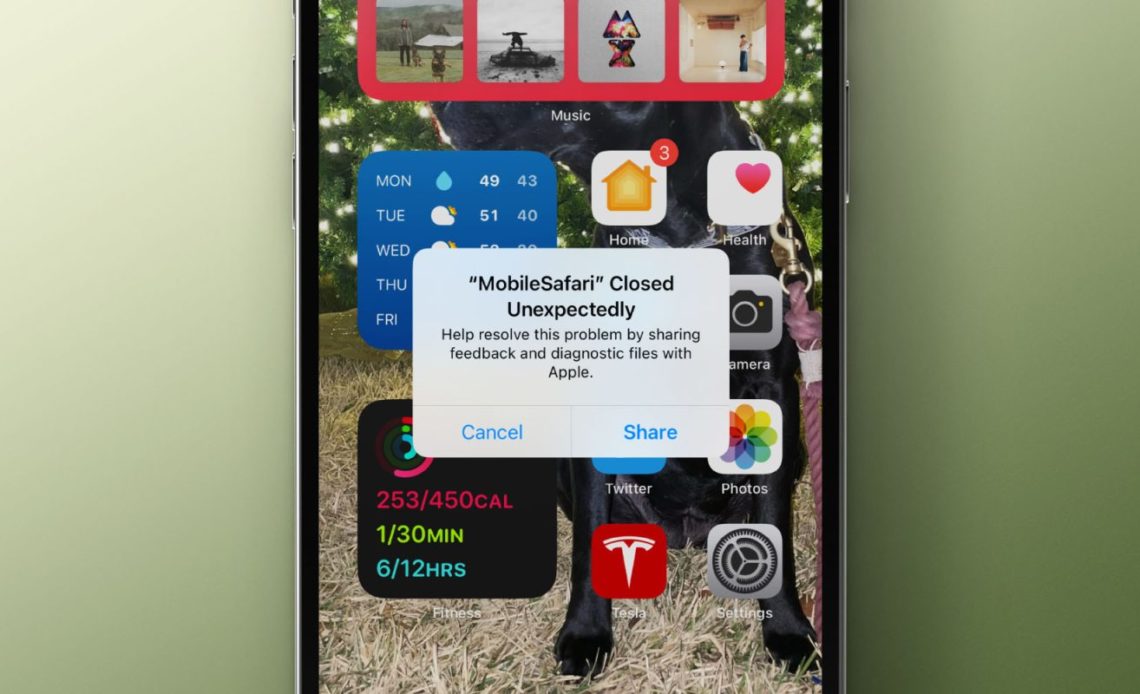 There’s another bizarre bug that’s affecting some iPhone and iPad users, preventing them from searching for certain words and characters using Safari. It’s unclear what exactly is causing this problem, but many iOS 16 users have taken to Twitter to voice their complaints and share screen recordings showing the exact problems.

Update: Apple has implemented a server-side fix for this bug.

Safari on iPhone crashing after typing

The issue here is that when you start typing certain letters into the address bar in Safari, the Safari app will immediately crash. This means you can’t complete your search or complete the process of typing in the URL of the website you’re attempting to visit. It seems to affect all versions of iOS 16. Interestingly, it doesn’t seem to affect iPhone users in certain countries.

The bug was first pointed out by users on Twitter, and we’ve been able to verify it in our own testing. For example, if I open safari on my iPhone 14 Pro Max and start typing “Wells Fargo” into the address bar, Safari immediately crashes after I type the first three letters, “wel,” into the address bar.

There are a number of different words and searches that seem to cause this problem, as noted by MacRumors: “tar,” “bes,” “wal,” “wel,” “old,” “sta,” “pla.” There are surely other combinations that trigger this crash, and it’s something that’s impossible to test for.

This is likely due to some sort of text rendering bug affecting the suggested results that appear in Safari when you start typing. The first reports of the problem started surfacing overnight into Monday morning, indicating that it’s a server-side bug of some sort. This means Apple should be able to fix it without releasing a dedicated software update.

The workaround for now is to visit the Google website in Safari, then complete your search there. You can also disable Siri Suggestions:

Are you seeing this problem on your iPhone or iPad running iOS 16? What specific words and letters are affected for you? Let us know down in the comments.