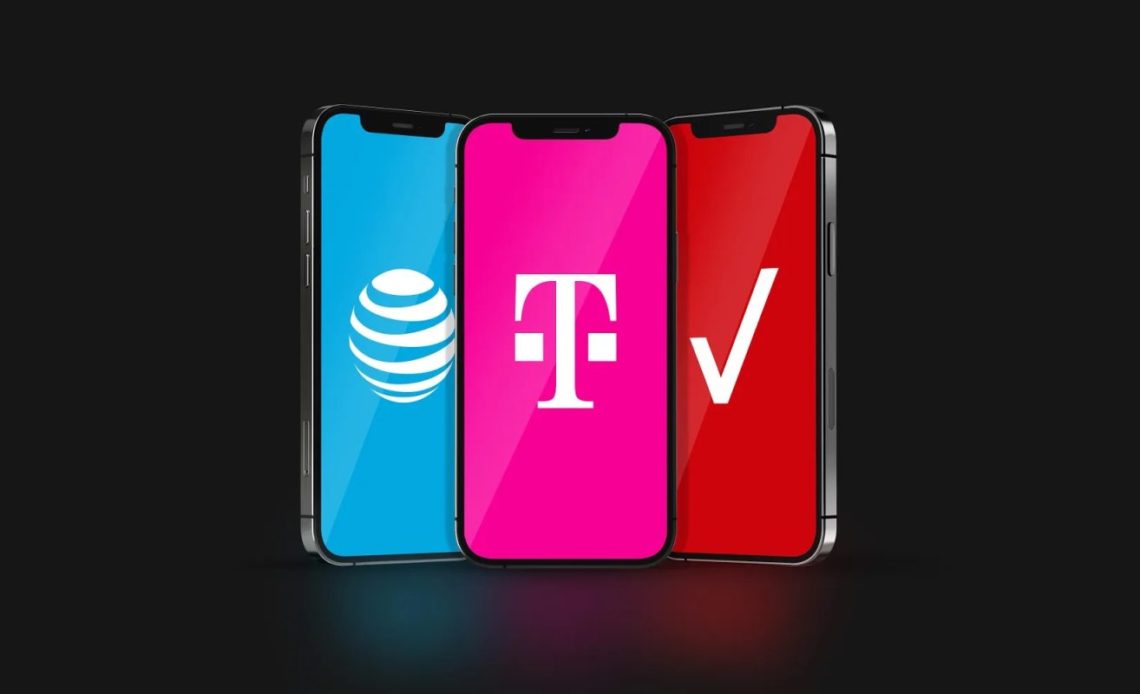 Ready to check out your options for phone carriers? While prices have increased for some of the major carriers this year, the market competition is strong which means compelling offers for those who switch. Read along for a look at the best phone carriers in the US. We’ll cover Verizon vs vs AT&T as well as some of the best affordable iPhone plans from smaller carriers. This guide will also detail how to find real-world coverage maps, how to test a new carrier for free instantly with eSIM, and more.

Update July 2022: Details below have been updated with Verizon’s new $30 “Welcome Unlimited plan,” the latest carrier performance results from independent studies, and more.

While it’s been a hassle to actually try out a new carrier in the past, eSIM support on iPhone and other smartphones has opened a new opportunity for carriers.

T-Mobile and Visible (Verizon) are taking advantage of the tech which offers potential customers the ability to instantly test out their networks for free right alongside their existing carrier.

One of the best things with eSIM trials is you can see the signal for both your current carrier and the one you’re testing simultaneously. And you can even decide to keep using your existing carrier and number for phone calls while using the trial for cellular data.

AT&T doesn’t offer eSIM trials at this point but you could grab a prepaid SIM from an MNVO like Cricket or H20 to test out AT&T’s network for a month without having to switch phone numbers.

While Verizon has led the best phone carriers as far as having the most customers (and still is) along with the broadest coverage over the last decade, T-Mobile has gained a lot of ground with its Sprint acquisition and quick 5G deployment. That has meant Verizon and AT&T are both playing a bit of catch-up with T-Mobile on 5G coverage as they work on rolling out more mid-band spectrum.

However, Verizon did launch 5G UWB coverage in 1,700 US cities earlier this year.

All of the major carriers’ coverage maps will probably look great on their websites, here are a few tips to actually figure out how coverage will really be:

Remember, smaller carriers (MVNOs) lease access to networks from the major three US carriers. While you usually get the same performance, there may be data caps and throttling during times of congestion.

Like coverage, a carrier’s speed will depend on a variety of factors including your location, device, signal strength, network congestion, and more.

And if you live in a major city vs a small town, speeds can be very different. Verizon leads with the fastest 1,000+ Mbps speeds if you have 5G UWB coverage, but T-Mobile has greater availability at the moment with its more moderately fast mid-band 5G.

Here’s a look at how the three major carriers compare for average US speeds in studies from Ookla and Opensignal as of summer 2022:

Opensignal’s results show average 5G download speeds in the US as of Q2 2022.

However, as T-Mobile touts, it does usually offer for its unlimited plans compared to AT&T and Verizon. T-Mobile also includes taxes and fees in its advertised prices.

Keep in mind these prices can change based on how many lines you need.

All of the major phone carriers offer (at the time of writing) up to $800 for a trade-in when buying a new device. But T-Mobile is the most aggressive with up to $650 for early termination fees or covering a current device balance.

The major carriers also include a streaming video service for free with some of the unlimited plans. And Verizon offers more than just the Disney+ bundle. Depending on the unlimited plan you can get additional perks like Apple Music, Apple Arcade, and more.

Meanwhile, the uncarrier does “T-Mobile Tuesdays” to give out regular perks and savings to customers.

Both Verizon and T-Mobile give up to 50% of 5G home internet for their cellular customers.

If cutting the cost of your phone bill is a top priority, check out our full guide on the best affordable iPhone plans.

We go over which of the major networks each provider uses, key features, and more with plans starting from just $10 a line.

It’s difficult to pick a single winner when it comes to the best phone carriers. What’s most important to you will decide that, likely between coverage in your location, price, incentives to switch, and how many lines you have.

But hopefully, now you’ve got clarity on how the major carriers compare, how to independently check network coverage, and start a hassle-free trial. Thanks for reading our guide on the best phone carriers!