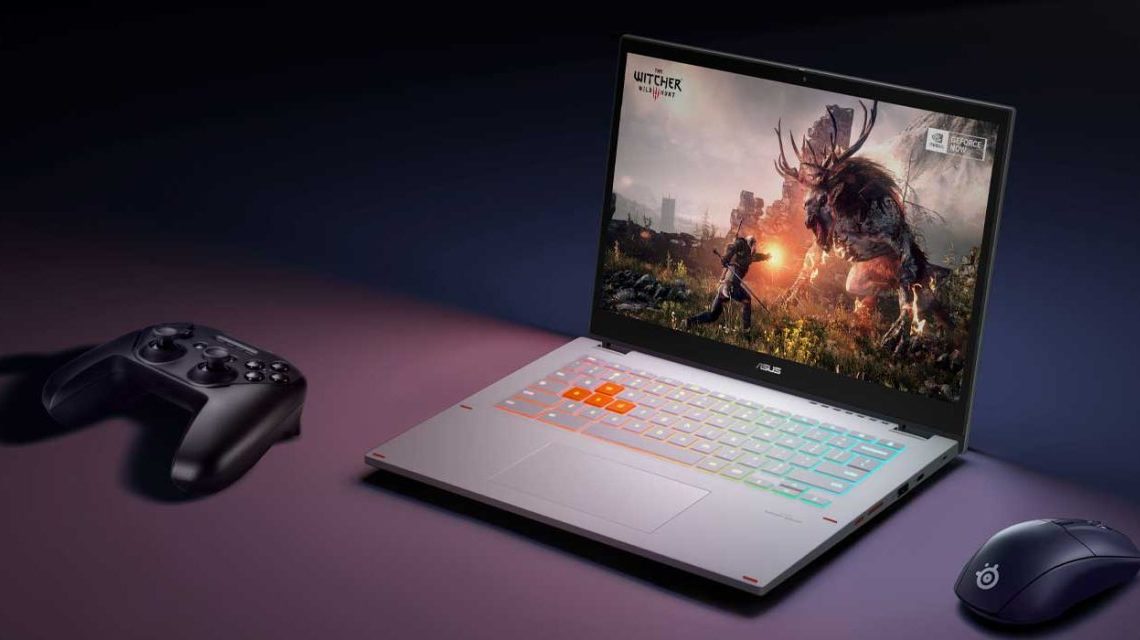 With Google pushing gaming Chromebooks so heavily, more manufacturers are breaking ground with some of the best-performing and heavily equipped Chromebooks we’ve ever seen. The Vibe CX34 – announced at CES 2023 from ASUS – is one of those, boasting a gorgeous display, attractive chassis, and internals that would make you question the idea of ChromeOS entirely.

When opened, you’re greeted by a 14-inch display coming in at 16:10. The WUXGA (1920 x 1200) NanoEdge screen can hit up to 144Hz, which makes for incredibly smooth gaming. While not always achievable with local titles, cloud gaming services, like GeForce Now, make complete use of that refresh rate. If you’re looking to use the HDMI 2.0 port and display your games on a different screen, the Vibe CX34 can output up to 4K.

While the screen certainly contributes to the experience, what should really end up determining the Asus CX34 Flip’s performance are the internals that comes with the Chromebook. Inside, that CX34 sports a 12th-gen Intel i7 processor, paired with 16GB of RAM and a 512GB PCIe SSD. For any computer, that’s rather good. For a Chromebook, that’s incredible and with the light load ChromeOS puts on the hardware, the Asus Vibe CX34 gaming Chromebook is likely to be a snappy device.

Of course, the Chromebook wouldn’t be a “Flip” without the 360-degree hinge Asus incorporated. While the idea of a full-range hinge seems a little unnecessary on some devices, gaming Chromebooks find a natural use for them. Since a lot of games through cloud services can be played via a controller, setting the CX34 up on a table with the keyboard and body behind it make for a great way to play. If you want to use a keyboard and mouse, Asus includes a free Steelseries gaming mouse in the box.

Until the Asus CX34 Flip gaming Chromebook is fully released, no one can say for certain whether or not this gaming Chromebook has the potential to be one of the best around. On paper, it certainly gives hope.