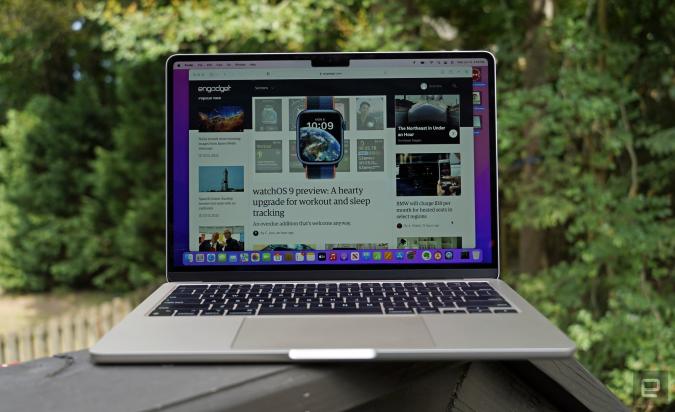 You won’t have to pay much extra to get Apple’s latest thin-and-light laptop. Amazon is once again selling the base MacBook Air configuration with 8GB of RAM and a 256GB SSD for $1,049, significantly below the official $1,199 price. The savings only apply to the silver and midnight hues, but you probably won’t mind if you were previously considering the M1 model. You can also save $150 on 512GB versions if you need the extra storage.

The M2-powered MacBook Air is, simply put, one of the best general-purpose laptops we’ve tried. It’s extremely slim and fanless, but still performs well and lasts a very long time on battery. Add a high-quality display and surprisingly powerful speakers and you have a portable that can travel most anywhere, but still has the power to handle serious tasks like video editing.

There are some important considerations. The storage in the 256GB configuration isn’t as quick as for the 512GB edition — it’s just fine for everyday use, but may prove a bottleneck if you’re routinely working with very large files (such as major 4K video projects). And while the absence of a fan is rarely an issue in typical circumstances, you may want to spring for the 13-inch MacBook Pro M2 if you regularly subject your computer to sustained heavy workloads. Otherwise, the MacBook Air is a great pick — it’s even better than the Pro if you need more ports (as MagSafe frees up one) or prefer physical function keys over the Touch Bar.