Apple Store is down ahead of WWDC Apple event: iOS 16, new MacBook Air, and more 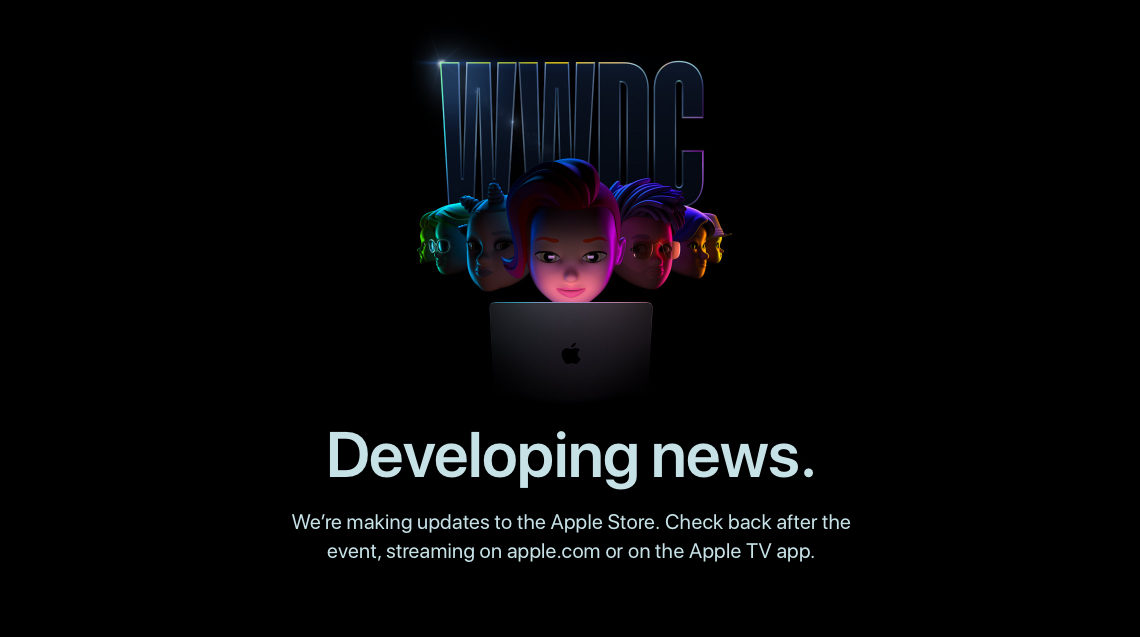 The Apple Store is down ahead of Apple’s WWDC 2022 keynote later today, with a new placeholder page that reads ‘Developing news’. The ceremonial store-going-down dance usually indicates that Apple is preparing to announce new hardware products.

Of course, the main star of the show today will be on the operating system updates; we expect Apple to unveil major new features for iOS 16, iPadOS 16, macOS 13, watchOS 9 and tvOS 16. Some new hardware announcements are also in the cards …

You can watch the keynote live from 10 AM PT today on Apple’s website, and stay tuned to 9to5Mac for breaking news coverage of all the announcements. Apple is hosting invited developers and media at its campus as well, for the first in-person Apple event since COVID.

iOS 16 will be the star of the show, featuring new lock-screen widget functionality, updates to Messages and Health apps, and more. iPadOS updates are expected to include significant advancements when it comes to multitasking multiple apps at a time, perhaps adding desktop-style resizable windows for the first time.

Betas for iOS 16 and other Apple operating systems will be made available to developers today. A release date for public beta testing will likely come next month, with a public release set for the fall.

Although WWDC is usually thought of as a software event, Apple periodically uses the event to announce new hardware too.

This year, the rumor mill is expecting Apple to unveil a new generation MacBook Air, perhaps featuring second-generation Apple Silicon ‘M2’ chip, thinner screen bezels and an enclosure redesign reminiscent of the 2021 MacBook Pro models. Availability of the new laptops is expected to be severely constrained due to ongoing supply chain production shortages.

We also expect Apple to preview the Apple Silicon Mac Pro today. The new Mac Pro probably won’t go on sale until the end of the year, though. Both the 2013 and 2019-generation Mac Pro models were also unveiled first at WWDC as a sneak peek, before a winter release.

Other M2-revved product launches are possible, such as a base model M2 13-inch MacBook Pro and M2 Mac mini. The M2 will build upon the tremendous performance and energy efficiency of the Apple-designed M1 chip, which first debuted in October 2020.

Of course, 9to5Mac will bring you all the news as it happens. Apple’s WWDC 2022 keynote kicks off at 10 AM PT today.