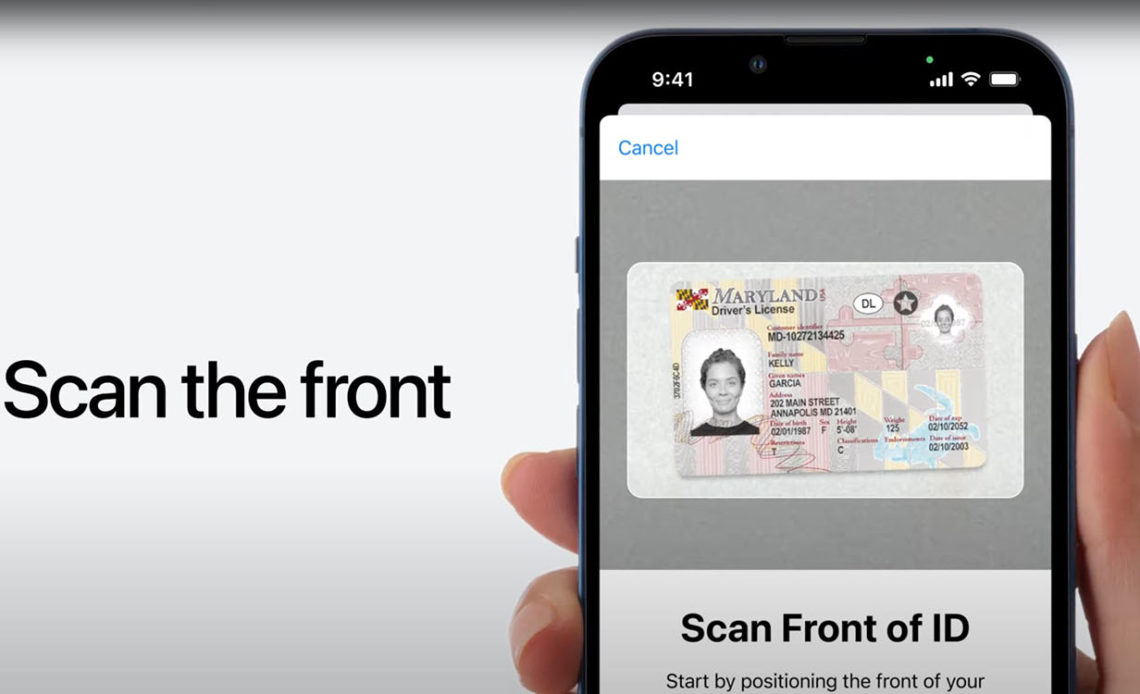 We saw yesterday how Apple may be making it hard for competing smartphone makers to replicate the satellite comms feature of the iPhone 14, and we’re now learning that the same may be true of Apple digital IDs – like state ID cards and driving licenses.

Details are emerging of Apple’s partnership with the Transportation Security Administration (TSA). These reveal that the iPhone maker not only got an agreement giving it first shot at trialling the tech, but has also had a key government patent for the system reassigned to Apple …

The launch of Apple Pay means that many of us no longer routinely carry physical payment cards, relying instead of contactless payments with our iPhone or Apple Watch. Many of us look forward to the day when we can do the same thing with official documents, like driving licenses and passports.

In June of last year, Apple announced its intention to begin bringing this vision to life. Apple Digital IDs officially launched in March in Arizona, allowing residents to store digital copies of their state ID card and driving license within the Wallet App. Some 30 states are considering adoption, but rollout has so far been slow, with Maryland added in May.

Apple’s partnership with the TSA

FinTech Business Weekly reveals that Apple created a partnership agreement with the TSA in order to implement the digital ID feature.

Documents obtained exclusively by Fintech Business Weekly show that Apple entered into a Cooperative Research and Development Agreement, known as a CRADA, with the TSA, beginning in March, 2019.

The research agreement facilitated Apple and the TSA’s collaboration to develop the technology that would “read” a mobile driver’s license at airport checkpoints when shared from an Apple device.

The government agreement appears to give Apple control over key intellectual property and patents resulting from the research collaboration. While this is a common feature of CRADAs, and the government itself retains rights to the IP, it could put Apple competitors at a disadvantage in the race to develop a digitally-native, mobile-first identity credential.

Additional patent filings suggest the collaboration between Apple and TSA produced intellectual property related to using mobile identity credentials (MICs) as part of “Know Your Customer” checks, in merchant or peer-to-peer transactions, to secure medical records, and even for use in voter identification — all of which could end up controlled by Apple.

One feature of CRADAs is that they allow commercial companies to benefit from the intellectual property created through them. This can include government patents being reassigned to the companies involved. The piece reports that this has happened in this case.

The key patent stemming from the collaboration, “Checkpoint Identity Verification on Validation Using Mobile Identification Credential,” was first filed in April, 2020. In initial versions of the filing, the applicant was listed as the US Government, and all listed inventors were employees of TSA.

However, in August, 2021, the government assigned its rights in the application to Apple. When the patent was granted in December, 2021, the applicant was listed as Apple Inc., rather than the US Government, and five additional inventors — Apple employees — were added to the patent.

The piece speculates that the agreement may call for additional government patents to be assigned to Apple – but key parts of the CRADA are redacted, making it impossible to verify.

If the patented tech proves to be essential to the implementation of digital government documents, then Apple will be legally obliged to offer licenses under FRAND terms: Fair, Reasonable, And Non-Discriminatory. Google, Samsung, and others will thus be able to take advantage of the tech.

However, we know from past and present FRAND disputes that these can sometimes involve protracted legal battles, which could further solidify Apple’s head start.