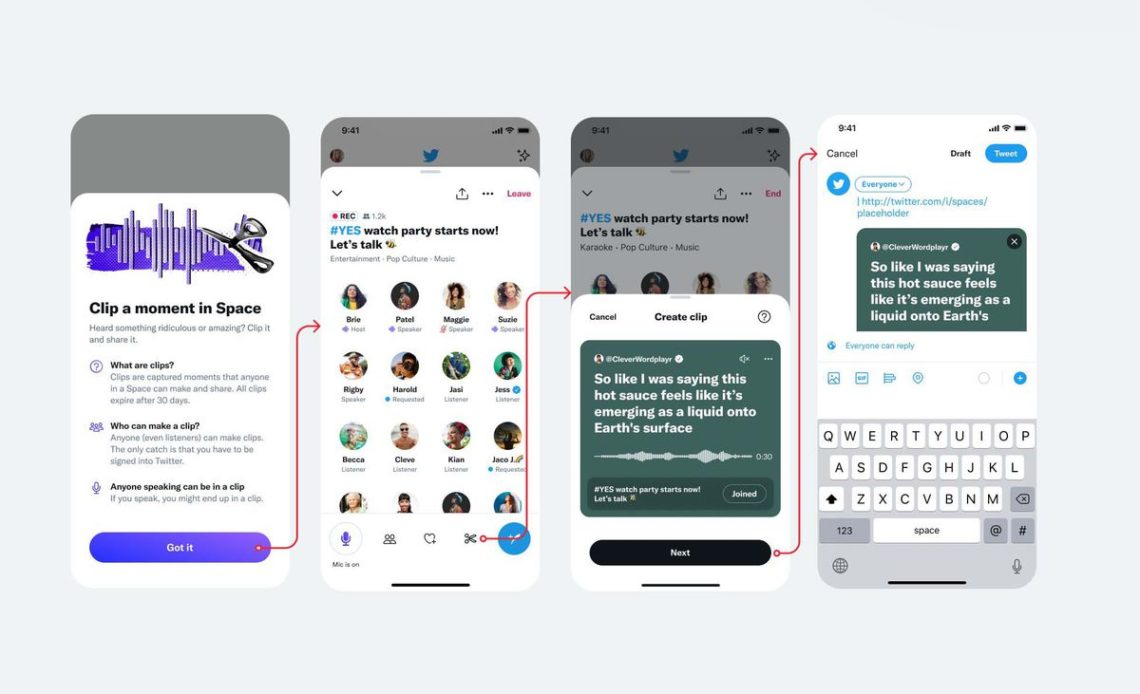 A new feature that lets you extract a short audio clip from a Twitter Space is getting a widespread release on iOS and Android, Twitter has announced. Anyone in a Space is able to make a clip, which then expires after 30 days. Although the feature isn’t currently available to Twitter web users, the platform says support is “on the way.”

Clips are designed to make content from Twitter’s live audio feature more easily sharable on the platform, by serving up the best bits of an audio livestream without asking listeners to sit through the whole thing.

The widespread rollout of the feature follows a more limited test that started in March. At the time, the ability to clip a Space was only available to a small number of users on iOS, and even then it was limited to the hosts of a Space rather than any participants. Now that the feature is widely available to listeners, who inevitably far outnumber hosts, it seems likely that we’ll start seeing a lot more viral Spaces clips circulating on Twitter.

testing went well, we’re rolling out clipping to everyone on iOS and Android ✂️ web on the way! pic.twitter.com/KEKaZvjNqJ

Twitter is just the latest company to roll out support for clips to encourage people to share content on its platform. Clips from Twitch streams are perhaps the most popular example, but Amazon also lets you share clips from some of its shows on Prime Video, and YouTube has announced similar functionality in the past. With so much free content available to stream, clips like these offer a helpful teaser without you having to commit to watching a lengthy video or livestream.