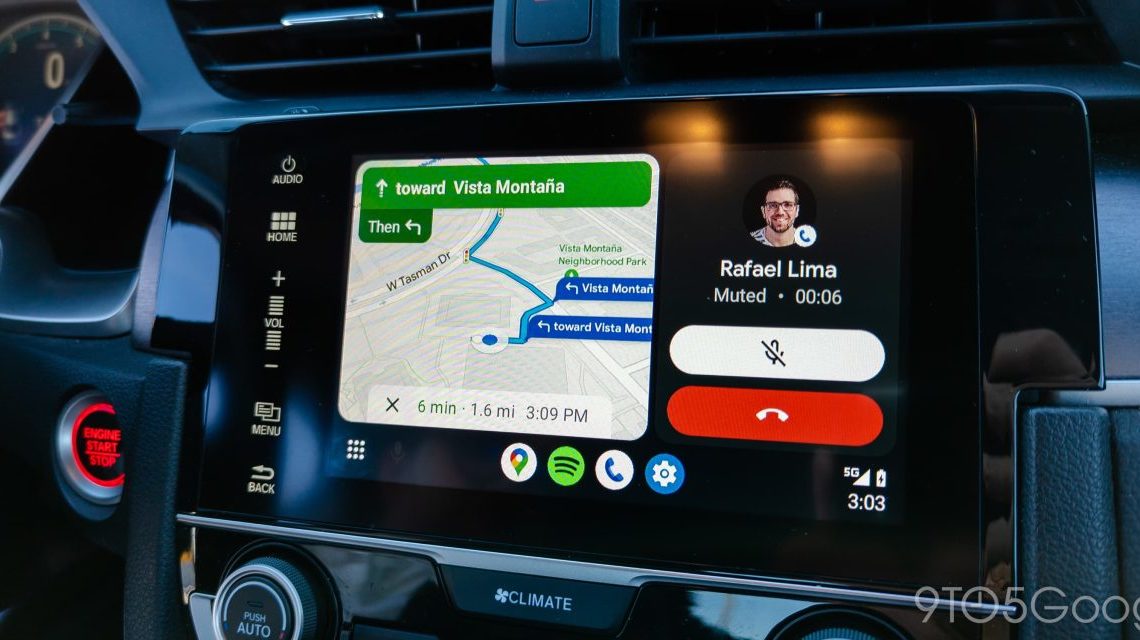 Google is currently testing the next generation of Android Auto, and many people are able to try out the new update through the beta program. However, the Android Auto redesign, known to many as “Coolwalk,” wasn’t available on cars with rotary input until just this week.

Over the past 48 hours or so, a number of users on the Android Auto subreddit have found that their devices have swapped over to the redesign on cars using a rotary input style. Those seeing the change say that it occurred quickly, with at least one user saying they walked into a store on the old interface and returned to their vehicle with the redesign in place.

Originally, Google appeared to be blocking cars with rotary input from using “Coolwalk,” presumably while the company was optimizing the experience for that method of input. Many reported as the beta went live that, despite being enrolled in the beta program and being able to use the experience on cars with touchscreens, the old interface took over on cars with a rotary dial.

Notably, too, a recent Android Auto bug on the old interface partially broke the rotary dial for some, but that seems unrelated.

Touchscreens are much more common in modern cars that natively support Android Auto, but it’s not uncommon to find this style of control in cars from Mazda, BMW, and Acura among others.

The Android Auto beta program is still needed in order to access the “Coolwalk” redesign, though the program has been full for the past several weeks since Google first announced the rollout. It’s still not clear when Google intends to roll out this redesign to all users, but it’s nice to see progress being made.