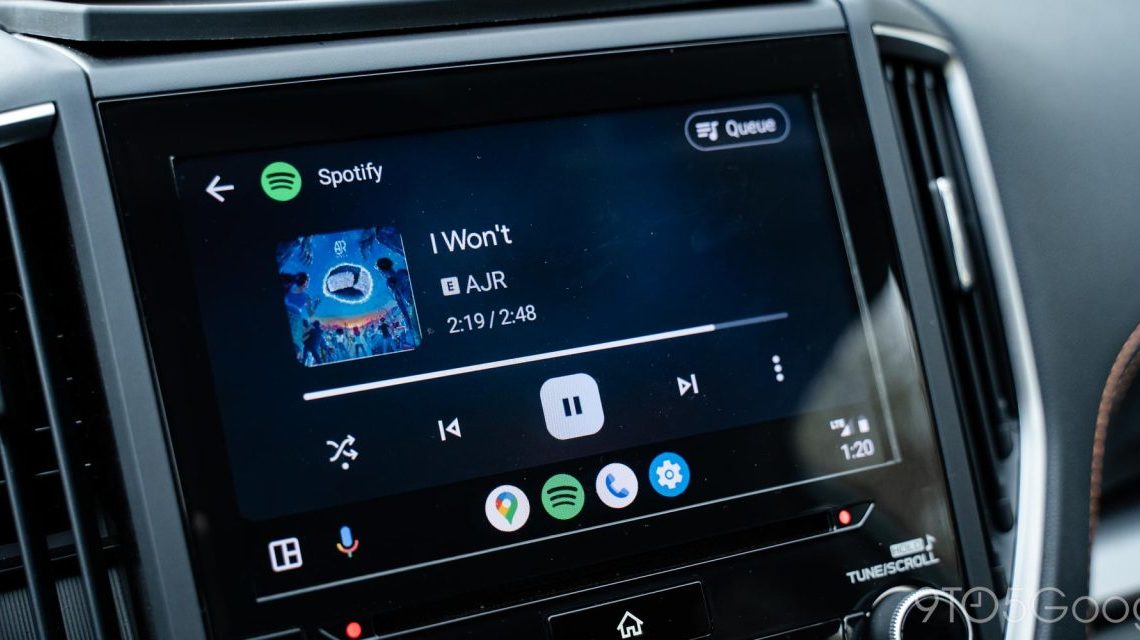 Google is in the process of bringing the “Coolwalk” redesign of Android Auto to most users, but there’s another new feature also making its way to the platform. Rolling out now, Android Auto is finally adding a seek bar in music apps.

While Android Auto has supported a variety of music apps from day one, a feature that’s always been missing has been the ability to seek through a song or podcast as it’s playing. Rather, the experience shows a progress bar and controls to skip or restart a track. It works, but it often results in users pulling out their phones to seek through music or a podcast, exactly what Android Auto is supposed to avoid.

An update to the “Coolwalk” redesign of Android Auto that showed up this week brings support for a seek bar in music apps on the platform.

This update doesn’t seem to be particularly widespread just yet, but for those who have it, the seek bar appears in music apps including Spotify and allows users to drag the bar to move through the song or podcast. It’s pretty simple functionality, but something that’s great to finally see. As it stands today, this is also something Apple CarPlay doesn’t widely support.

We’re not sure if this change is happening solely on the Android Auto redesign or for those on the older design as well, but it stands to reason that “Coolwalk” would be a prerequisite. Are you seeing this feature in your car? Drop a comment below!