Android Auto is now ‘only for car screens,’ as phone version shuts down for good 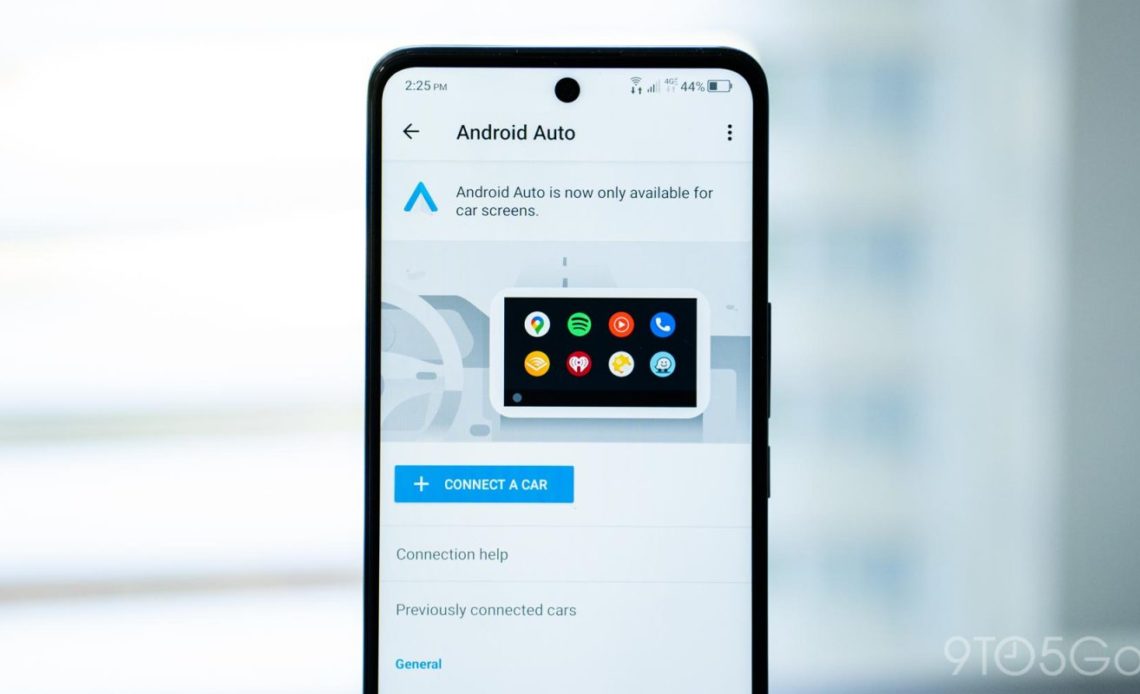 Android Auto is officially saying goodbye to the version that works directly on your phone, as it moves to being an experience “only available for car screens.”

Android Auto is ‘only available for car screens’

When it first debuted back in 2015, Android Auto was available both in compatible vehicles, as well as with a version that could be used on your smartphone’s screen. Years later, Google decided to pull the plug on that experience, but had to offer “Android Auto for Phone Screens” as a stopgap measure while its replacement was still in the works.

Early this month, a message started appearing in Android Auto for Phone Screens, saying that it would go away soon.

Google had already discontinued Android Auto for Phone Screens on devices running Android 12 and higher in 2021, but left the experience for those on prior versions of the operating system. Google confirmed that the Phone Screens app would be shut down for everyone, but declined to share when the app would actually stop working.

Now, that day has come.

As of earlier this week, Android Auto for Phone Screens has stopped working entirely for users on Android 11 and prior. The app is still installed, but when launched, immediately redirects to the Android Auto settings page where it says that the platform is now only available “for car screens.”

Android Auto is now only available for car screens

The change immediately showed on our TCL 30 V running on Android 11, and started showing up a few days ago for some users.

Of course, the reason for the shutdown here is to send users over to Google Assistant Driving Mode.

Driving Mode saw its long-delayed wide rollout in 2021, bringing a different UI compared to what had been announced in 2019 at first, but finally got up to par by September. We recently took a look at the two experiences, and found that, by way of most core features, Driving Mode is mostly a suitable replacement for Android Auto for Phone Screens. But, it’s a distinctly different experience, and one that doesn’t feel like a replacement.

It makes sense for Google to want to close off the existing Android Auto for Phone Screens app – it’s now a full generation out of date, and there’s another revamp to Android Auto around the corner. But Assistant Driving Mode isn’t the replacement most folks wanted.

It’s a shame to see the simplicity of Android Auto on your phone’s display going away for good. It was a great way to have a simple, driving-friendly interface when in the car, while not requiring a brand new vehicle or head unit replacement.

In any case, what’s done is done – Android Auto is only for car screens now.