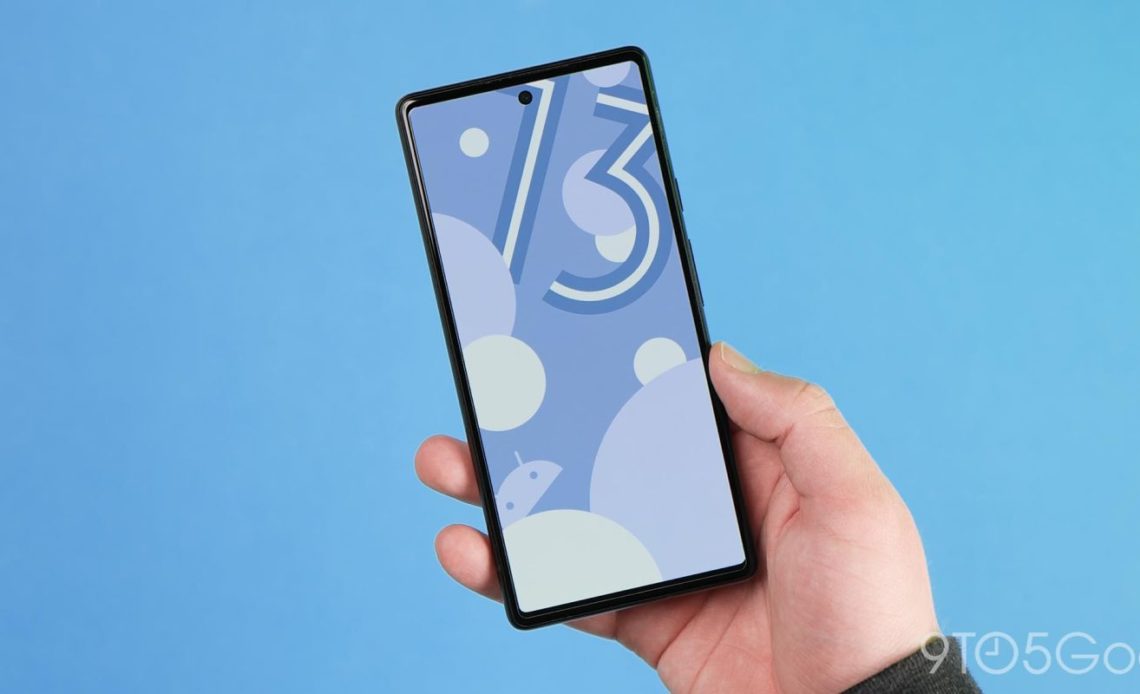 After a series of developer-facing early previews, the public-facing Android 13 Beta 1 update is now available to a small pool of eligible Google Pixel handsets.

There have been a sizeable number of changes in those aforementioned developer previews, which we highly recommend that you go and check out before diving directly into Beta 1. Many of the changes provide quality-of-life additions to last years massive Android 12 overhaul. If you were expecting major changes, then you might be left a little disappointed.

That said, we sure didn’t expect Google to reshuffle the deck after so many substantial alterations and UI overhauls with the previous stable Android release.

It’s almost as if Google struggles not to tune the notification shade media player, and it wouldn’t be an Android beta build without some alterations. The media notification now has a unique playback progress bar. Instead of showing a basic line of audio playback progress, you’ll see a squiggle as the playback head continues along a flat line.

This change was hinted at back in the first unveiling of Material You, but it has taken until Android 13 Beta 1 for squiggles to come to the mobile OS in any UI format. It certainly makes it easier to see just how much of a track, podcast, or any other on-device audio you have already listened to.

The clipboard is leveling up in Android 13 Beta 1 with a new screenshot-like UI that will pop up in the bottom-left of your display when you copy on-screen text. That’s not all, as when you tap the edit icon, a brand-new UI will pop up that will show you just what app or UI section the text has been copied from. From here you can also adjust and fine-tune the copied text as you see fit.

Control smart home devices while your phone is locked.

The first Android 13 Beta includes a neat toggle within the Display section of the Settings app that removes the need to unlock your phone to control any of your smart-home devices. This includes doing things such as adjusting the brightness level of a Google Home-connected lightbulb or adjusting your thermostat. It should help reduce one annoyance when using the Home controls panel.

In Android 13 Beta 1, that search Pixel Launcher search bar has reverted back to a past version wherein it was just the Google widget, complete with Google Lens, a Google App shortcut, and the voice search button. This is the same search bar you’ll often find at the bottom of your Pixel home. When opening up the app drawer, Google’s search bar will let you search for apps all the same, but it will prioritize internet searches first instead of apps and settings on your device.

We’re almost certain that this is a bug and the on-device search bar is supposed to be there in place of it. If it is a bug, it’s also something that could be very easily resolved in a future update. There doesn’t seem to be a clear reason why this change would take place on purpose since the on-device search bar works very well in Android 12 and in Android 13 Developer Previews.

The massive Material You overhaul relies heavily upon your on-device wallpaper to theme a substantial portion of your Google Pixel. Within the Pixel series’ “Wallpaper & style” settings, you can also opt not to use your wallpaper’s colors and base your phone around one of a handful of pre-selected themes. In Android 13 Beta 1, Google has expanded the four options available. You now can choose from 16 options within the two sections. All of the new additions are also multi-toned, combining a bold color with a more relaxed complementary tone.

Joining the original options of blue, green, purple, and brown, Pixel owners on the beta can now choose two-toned shades of rose, brown, yellow, green, blue, purple, and lilac, along with five combinations that fuse the hues and tones and do not necessarily sit within one color boundary.

If you prefer using the automatic Material You color schemes, there are even more choices on offer. You’ll still be offered 16 options but the hue variations are far greater than the basic color selection with more subtlety. This expands upon the basic four-color palette selections found in Android 12.

Android 13 Beta 1 also includes a number of smaller UI alterations that have likely been added to enhance the daily user experience. Not all are major, and a few are walk backs on previous additions and changes added in the developer preview phase:

The Google Calendar app will no longer show the generic “31st” date on your Pixel Launcher homescreen. Instead, it will show the correct “live” date based on your device system calendar.

Face Unlock is not present in Android 13 Beta 1, but there is evidence that it may arrive in a future build. If you search for “Face Unlock” in the Settings app, you’ll spot two new options under the “Security” banner. “Face Unlock” and “Face & Fingerprint Unlock” will appear but, sadly, tapping will simply take you to the Advanced settings section. No other options exist except for those with Pixel 4 and 4 XL devices.

Android 13 Developer Preview 2 changed the recognizable “Do Not Disturb” mode to “Priority mode.” Although not user-facing, this certainly added a layer of confusion to a mode that hasn’t really changed all too drastically since being introduced. Google has walked back this change in Beta 1 and reverted back to the more sensibly named “Do Not Disturb” mode.

Although we are yet to get an official Android 13 system logo, when plugging your Pixel into a computer or laptop you’ll now see an updated system notification logo. The new icon is shaped like a gear with the famous Bugdroid atop a squat “T.”

Merely a hub for the camera, microphone, and location privacy tiles, this offered all three in one place. Instead of being removed, it has been disabled and may disappear from your device after you attempt to activate. This is similar to the QR code quick setting tile that was added in the early developer previews and enabled at a later date. We could see it re-enabled in a future beta build.

Somewhat thankfully, the brand new Android 13 Beta 1 update has restored vibrations/haptics when interacting with your Pixel. However, you won’t feel vibrations when scrolling through the Recents menu. In all other areas, such as typing or tapping, you’ll get vibration-based feedback. You’re also able to access the sound and vibration menu to adjust the strength of haptics and vibrations for alarms, touch feedback, and media vibration. This is available for the first time when Silent mode is active.

Android 13 Beta 1: What is your favorite new feature?

That’s everything new in Android 13 Beta 1. When combined with the developer previews, there’s quite a lot new to unpack. However, this shortlist includes all of the top user-facing features that we’ve found thus far. Naturally, we expect to see more little things that might have slipped through the cracks over the coming days and weeks. We likely will have a deeper dive into every single thing that has been added, including some features that require a little work to get fully operational in our full overview, coming very soon.

What is your favorite new feature or features? Let us know down in the comments section below!