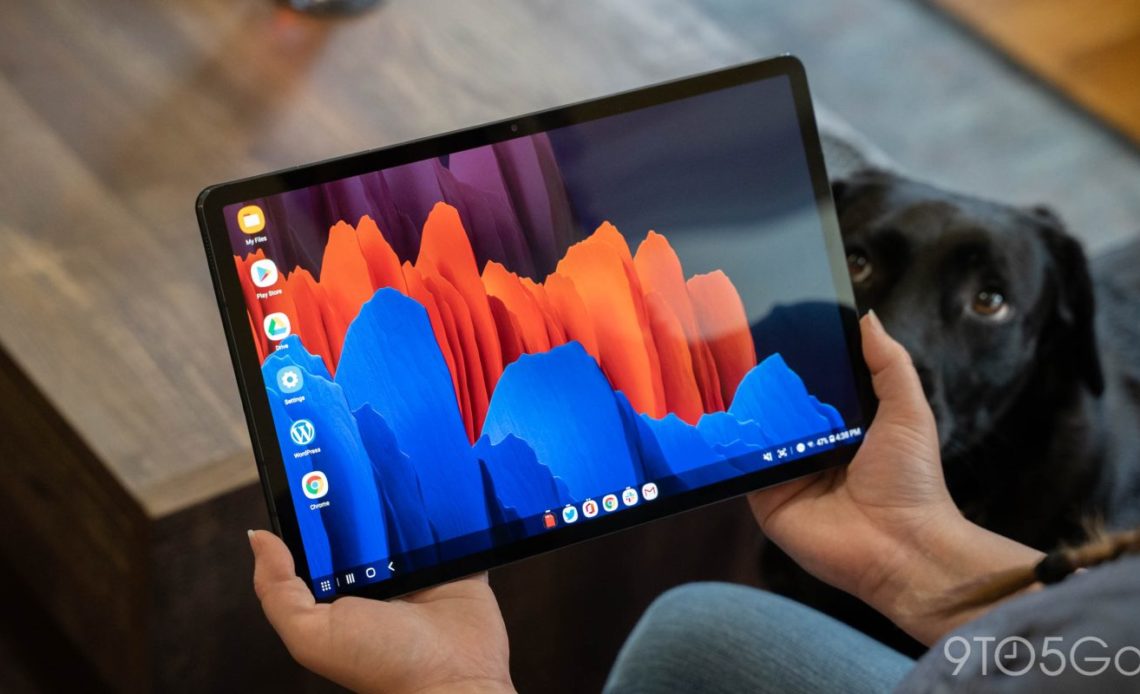 Over the past week, Samsung has finally launched Android 12L for its foldables and tablets, several months after the update was first launched by Google. Now, the Galaxy Tab S7 is getting its first taste of Android 12L.

The Galaxy Tab S7 and Tab S7+ were first released in 2020, alongside the last of the Galaxy Note lineup, the Galaxy Note 20/Ultra. Out of the box, they offered up Android 10, but have since been updated to Android 11 and Android 12.

Like on other devices, Android 12L on the Tab S7 brings new multitasking features including the taskbar and a new gesture for multi-window. Pop-over apps also now feature the ability to turn invisible when tapping on the app in the background. Samsung detailed everything that’s new last week when the update hit the Galaxy Tab S8.

As of early September, Android 12L is rolling out to the Galaxy Tab S7 and Tab S7+ in South Korea and France. However, the update be headed to more regions over the coming weeks. The update carries the version numbers T870XXU2CVH3 and T970XXU2CVH3 for the Tab S7 and S7+, respectively.

Update 9/13: Samsung has expanded the rollout of Android 12L to the Galaxy Tab S7 and Tab S7+ in more countries, including in the United States. SamMobile notes that the update has expanded to most countries across Europe, Asia, and North America, including both the US and Canada.