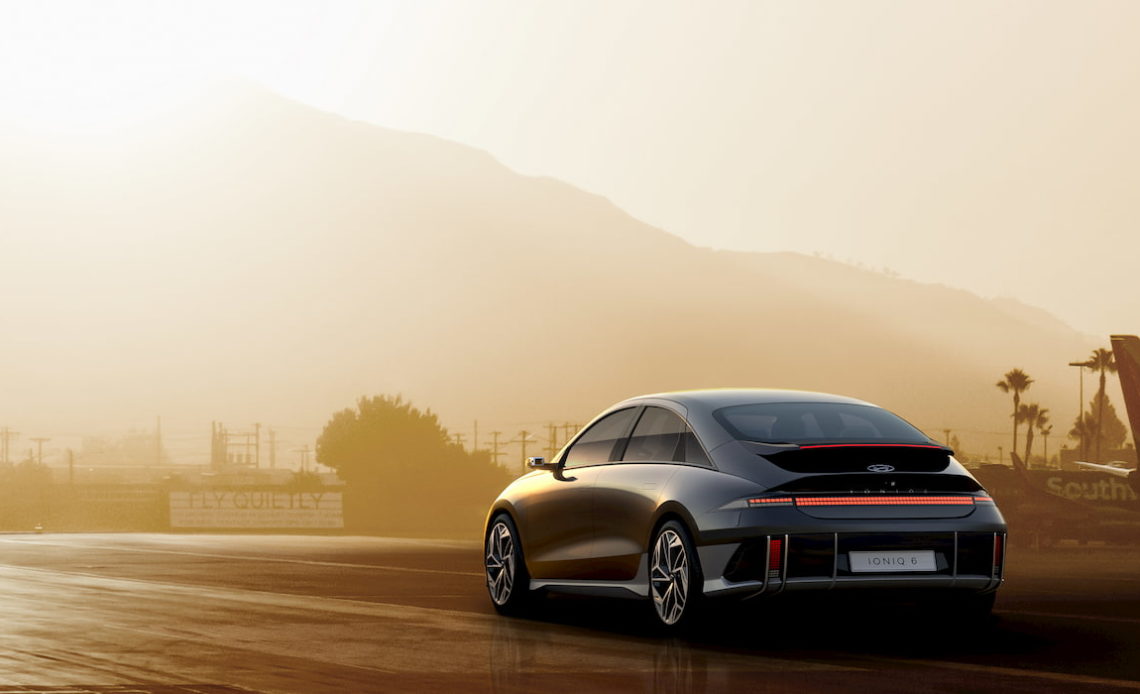 You may be in luck if you’re looking to buy an electric vehicle. A new bill introduced in the US Congress called the Affordable Electric Vehicles for America Act would allow essentially all EVs in the US to qualify for the $7,500 tax credit if passed.

On Friday, a few members of the US Congress, including Terri Sewell (AL), Eric Swalwell (CA), Emmanuel Cleaver (MO), and Jimmy Gomez (CA), introduced the Affordable Electric Vehicles for America Act, a new bill aimed to lower the threshold of owning an EV.

The bill would establish a phase-in period for the battery sourcing and manufacturing requirements included in the Inflation Reduction Act (IRA) passed in August.

Hyundai, in particular, has been one of several automakers that have publicly disagreed with the IRA bill’s provisions. The South Korean automaker announced in May, before the IRA was passed, that it would be building a massive $5.5 billion electric vehicle plant in Georgia.

Before the IRA bill, the Hyundai Motor Group’s EVs, such as the award-winning IONIQ5, qualified, but that will no longer be the case once the new provisions kick in at the end of the year.

Although Hyundai originally planned to begin construction in 2023, the South Korean automaker sped up its plans, breaking ground on its plant in Bryan County, Georgia, on October 25.

According to reports, Hyundai and other automakers are looking for a delay for the battery sourcing and manufacturing provisions kicking in at the end of the year to give them time to build and scale production. The Affordable Electric Vehicles for America Act would do just that.

A tax credit for all-electric vehicles in the US?

The Inflation Reduction Act is already doing its job as designed by bringing EV manufacturing jobs and investments back to the US. According to a new report, climate initiatives have added at least $40 billion in planned battery investments and over 642,000 jobs since the start of 2021.

However, many of the planned facilities and other initiatives will take time to build and become operational. For example, Hyundai will start building EVs at its Georgia facility in 2025. However, with the IRA provisions setting in at the end of the year, Hyundai EV models will still be disqualified until then.

The Affordable Electric Vehicles for America Act aims to allow automakers like Hyundai to qualify until the plant is up and running, giving them time to scale production.

Our legislation takes important steps to make the historic electric vehicle tax credits passed in the Inflation Reduction Act immediately accessible to consumers, particularly working- and middle-class Americans who would like to purchase an electric vehicle but need the federal credit to do so. As oil companies insist on continuing their exorbitant price-gouging of American families at the pump, these tax credits offer hardworking Americans immediate and significant financial assistance to help them purchase a vehicle that is better both for the environment and their wallets.

The bill would delay when the EV battery sourcing and manufacturing requirements kick in to give car buyers access to electric vehicles while still promoting manufacturing in the US.

I like the idea of allowing foreign automakers, like Hyundai, to qualify for the tax credit, given that they already have plans set in stone to build electric vehicles in the US. The move would build upon the relationship with South Korea, a valued trade partner, while lowing the threshold for Americans to own an EV.

At the same time, I don’t believe every EV should qualify. The goal of the bill is to bring manufacturing back to the US, hence why including Hyundai makes sense.

There’s been around $85 billion in electric vehicle, battery, and charging investments since 2021. Giving these initiatives time to develop while establishing a domestic supply chain in the US will help drive EV adoption in the long run, while solidifying relationships with critical trade partners.