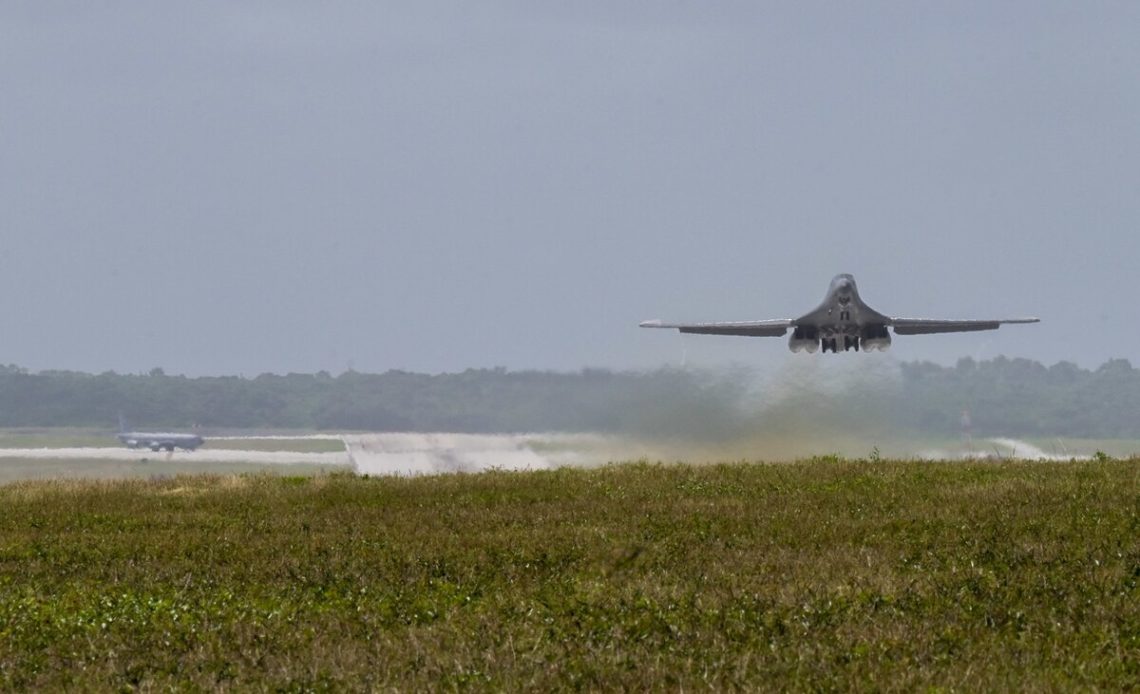 WASHINGTON — The U.S. Air Force general in charge of managing the service’s bomber inventory slammed the Army’s new plan to base long-range missiles in the Pacific, calling the idea expensive, duplicative and “stupid.”

“Why in the world would we entertain a brutally expensive idea when we don’t, as the [Defense] Department, have the money to go do that?” Gen. Timothy Ray, who leads Air Force Global Strike Command, said during the Mitchell Institute’s Aerospace Advantage podcast recorded March 31.

“I’ve had a few congressmen ask me. And you know what? Honestly I think it’s stupid,” he said. “I just think it’s a stupid idea to go and invest that kind of money that recreates something that the service has mastered and that we’re doing already right now. Why in the world would you try that? I try to make sure that my language isn’t a little more colorful than it is, but give me a break.”

The long-range precision fires effort currently ranks as the Army’s top modernization priority, and the service has plans to field a ground-launched hypersonic missile system by 2023.

In March, the Army unveiled a new strategy paper laying out its plan to function as an “inside force” that would forward-deploy troops and ground-based missiles in the Pacific capable of destroying Chinese defenses.

Developing strategic counterfire and hypersonic weapons is “hugely important” for the Army to be able to neutralize ships, air defenses, and anti-access/area denial capabilities that could suppress the service’s maneuverability, Army Chief of Staff Gen. James McConville said during a March 25 event at the Brookings Institute.

“When you take a look at what some of our competitors have done with anti-access/area denial, they put up very elaborate air and missile defense systems, they’ve put up very elaborate anti-ship capabilities, and they’re basically trying to expand themselves,” he said. “The argument that we have is that you want to have multiple options to do that.”

That position has rankled some air power advocates who believe the Air Force’s bomber fleet presents a more effective option for penetrating enemy airspace and destroying missile defenses, but Air Force leaders have largely stayed silent on their concerns about how the Army’s plans could eat away at the defense budget.

In the podcast, Ray argued that the Army hasn’t proved it can get allies and partners in the Western Pacific to sign on to host the weapon systems the service hopes to develop.

“There are a lot of countries that have to agree to this. I could see some of them probably agreeing in the European theater, maybe in the Central Asian theater, but I don’t see it coming together with any credibility in the Pacific any time real soon,” he said.

Meanwhile, the Air Force is regularly flying bomber task force missions across the globe, thus positioning long-range strike assets in theater that are ready to quickly respond to a crisis, Ray said. By 2022, the service will have fielded its first air-launched hypersonic missile.

“You’ve got a bird in the hand, a proven capability, a team that knows what it’s like, understands how we could do things around the globe so quickly, knows how to integrate the kill chains,” he said. “Why are you trying to recreate that, unless there’s a parochial interest?”

It remains to be seen whether Ray’s comments are the first strike in what will become a larger conflict between the Army and Air Force, or simply the frustrations of a single general officer.

Air Force Gen. John Hyten, vice chairman of the Joint Chiefs of Staff, has said that the Joint Warfighting Concept calls for all the services to be able to conduct the long-range strike mission.

During a joint appearance earlier this week with McConville, Air Force Chief of Staff Gen. CQ Brown noted that the services must work together despite having “a different perspective of how we look at the battlefield or a strategic environment.”

After the publication of this story, an Air Force official told Defense News that Brown and McConville had spoken to each other on April 2 about Ray’s remarks.

“They know the Air Force and the Army need to continue to work together in defense of the nation and look forward to making further progress toward that end,” the source said.

Brown also released his own statement.

“Each of the services is charged with organizing, training and equipping forces to capitalize on unique capabilities, meet national security requirements, and to support our joint team. I would highlight that in addition to our four other core missions – air superiority, rapid global mobility, ISR and C2 – the U.S. Air Force provides our nation with an unparalleled 24/7 long-range global strike capability,” he said. “The Air Force will continue to work closely with all of our joint teammates to provide the capabilities the nation requires.”