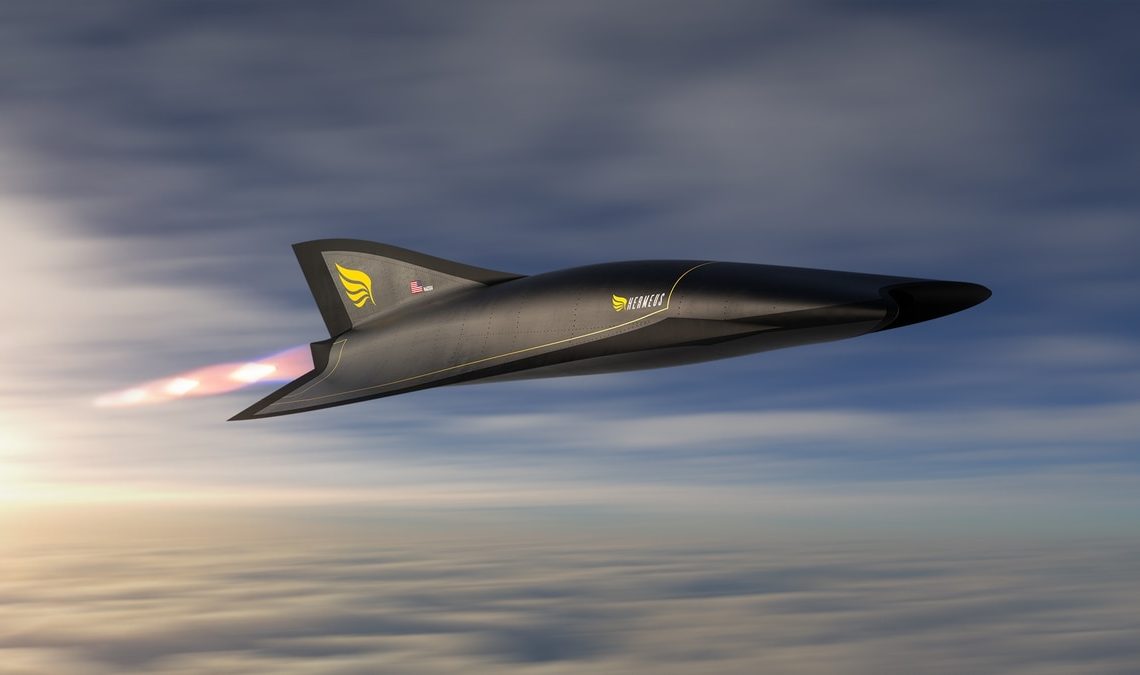 The end goal: a passenger aircraft that can fly in excess of five times the speed of sound, capable of traveling from New York to Paris in 90 minutes instead of the seven hours it takes most commercial airliners today.

Although the Air Force’s investment is small, relatively speaking, it could give the service a window into the development of groundbreaking technology and help broaden its base of potential suppliers.

“Ultimately we want to have options within the commercial aircraft marketplace for platforms that can be modified for enduring Air Force missions such as senior leader transport, as well as mobility, [intelligence, surveillance and reconnaissance], and possibly other mission sets,” said Brig. Gen. Jason Lindsey, the service’s program executive officer for presidential and executive airlift.

The contract, awarded July 30, covers a period of three years and sets five objectives for Hermeus, the Air Force said in an Aug. 5 statement announcing the deal.

For instance, the company is tasked with building three prototypes of its Quarterhorse aircraft, testing a full-scale reusable hypersonic propulsion system and providing data to the Air Force that it can use in future war-gaming efforts.

The first Quarterhorse aircraft will be unmanned to eliminate the risk of having a human pilot fly an experimental aircraft and allow the company to move to flight testing earlier, Skyler Shuford, Hermeus’ chief operations officer, said in a video posted to Twitter.

The company has already built and tested a subscale hypersonic engine prototype and is working on a full-scale engine demonstrator, Aviation International News reported in November 2020.

“Hermeus will be leveraging autonomous and reusable systems, ruthlessly focused requirements, and a hardware-rich program,” the company said in a news release. “These three strategies allow the team to incrementally push the envelope, sometimes strategically to the point of failure in flight test, which accelerates learning while simultaneously improving the safety of flight test crew and the public.”

After the three year development effort, the Air Force will evaluate Hermeus’ progress and determine next steps, the service said.

“When it comes to technology, we often hear the term ‘game-changing,’ ” said Maj. Gen. Heather Pringle, commander of the Air Force Research Laboratory. “However hypersonic aircraft and propulsion systems are truly game-changing and will revolutionize how we travel, just as automobiles did in the last century. We are excited to be part of this effort and to help propel this important technology.”