A Sonic Lego set is coming 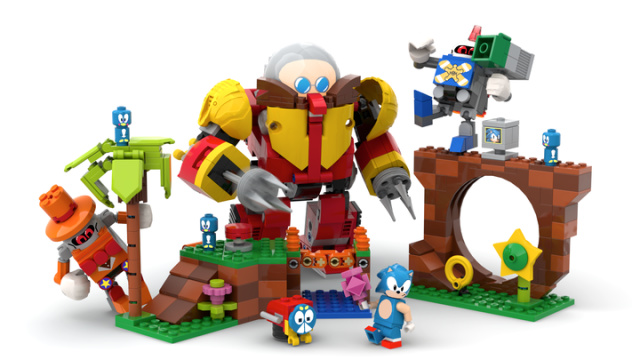 Everyone’s favorite blue hedgehog is about to get his own Lego set. You can thank 24-year-old Sonic fan Viv Grannell and the Lego Ideas program for bringing Lego and Sega together. Over the years, the initiative, which allows fans to submit designs they’d like to see the company manufacture, has produced some truly delightful sets, including a handful of fun NASA-themed ones. Grannell’s design of the Green Hill Zone, based on the excellent Sonia Mania rendition of the level, earned the more than 10,000 community votes a design needs before Lego considers making it into something official.

With Sega’s approval, Lego is now starting official development on the design (so expect the final product to look different than the concept pictured above). Lego didn’t say when the set will go on sale but did mention it will be available globally once it’s ready.

This isn’t the first time Sonic has gotten the lego treatment. You could buy a Sonic pack back when Lego Dimensions was a thing. But the timing of this latest set couldn’t have worked out better for Sega. It’s the year of Sonic, with the franchise celebrating its 30th anniversary in 2021. Sega has multiple Sonic-related projects planned for the future, including an animated Netflix series.