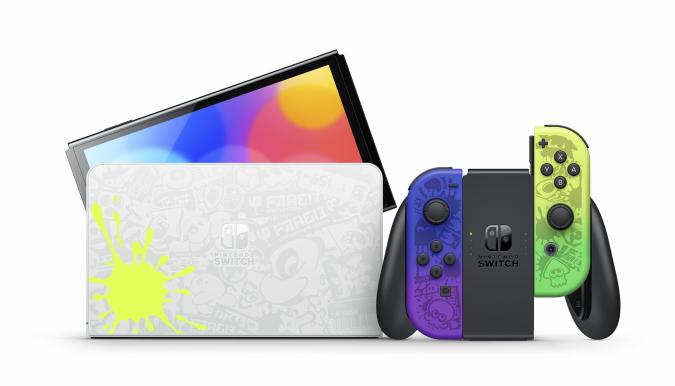 Nintendo occasionally releases special-edition Switch models for its big games and Splatoon 3 will be no different. A very colorful version of the Switch OLED will be available on August 26th, a couple of weeks before the game arrives on September 9th. This version of the console costs $360 — $10 more than the regular OLED. Pre-orders are open now.

The main body has gray artwork from the game on the rear, but it’s the Joy-Cons that really make this special version shine. The left one has a blue and purple scheme and the right Joy-Con has a yellow and green gradient. Both Joy-Cons have squid-style artwork and a white design on the rear. Here’s hoping they’ll be available separately at some point. The console also comes with a white Splatoon 3-centric dock, with a similar art style and a splash of yellow ink.

Unfortunately, Nintendo isn’t tossing in a copy of the game as a bonus — you’ll need to buy Splatoon 3 separately. The company will also release a $75 Splatoon 3 Nintendo Switch Pro Controller (with similar art and blue and yellow grips) on the day the game comes out, as well as a themed $25 carrying case.

Nintendo released the Switch OLED last year and there haven’t been many variants of it to date. This one could be ideal for Splatoon fans who prefer to play in handheld mode and haven’t snagged a Switch OLED yet. It’s not clear how many units of the special edition Nintendo plans to make, though, so it might not be easy to snap up.