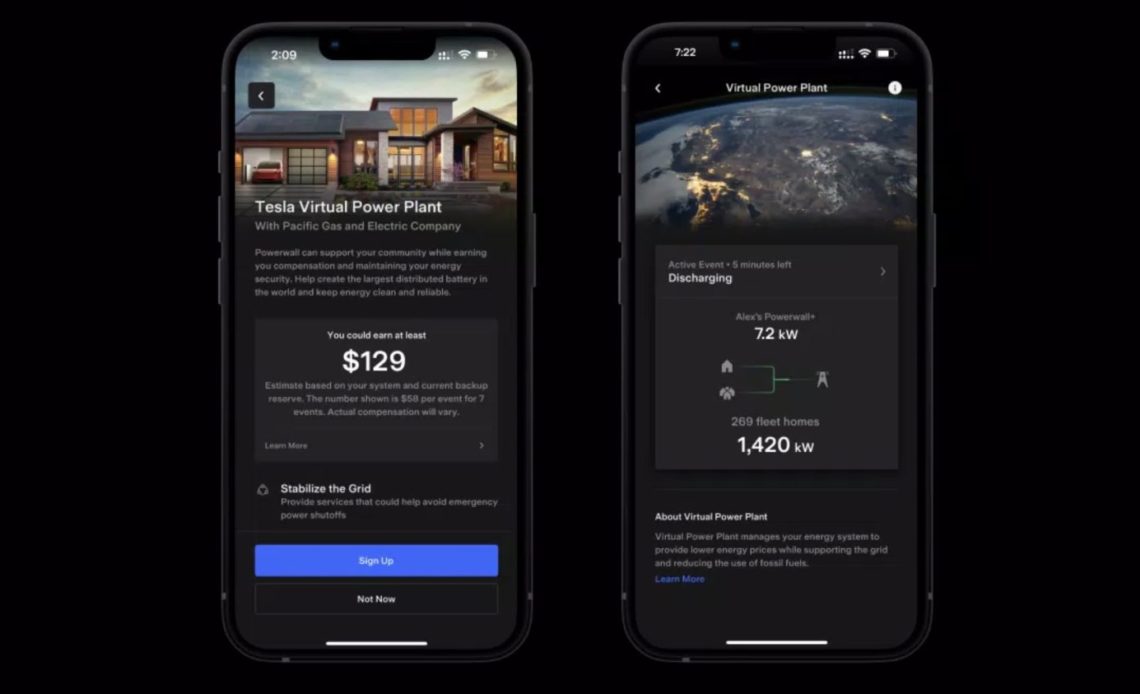 PG&E announced that more than 1,500 Tesla Powerwall owners have already decided to joined the new virtual power plant it launched in partnership with Tesla in California.

A virtual power plant (VPP) consists of distributed energy storage systems, like Tesla Powerwalls, used in concert to provide grid services and avoid the use of polluting and expensive peaker power plants. Last year, Tesla launched a test VPP in California, where Powerwall owners would join in voluntarily without compensation to let the VPP pull power from their battery packs when the grid needed it.

Last month, Tesla and PG&E, a large electric utility company in Northern California, announced the launch of a new commercial VPP where homeowners with Powerwalls would get compensated for helping the grid with the energy in their battery packs.

PG&E has now released an update on the virtual power plant and said that more than 1,500 Tesla Powerwall owners have already joined the program:

On June 22, Tesla invited approximately 25,000 PG&E customers with Powerwalls to join the VPP and help form the world’s largest distributed battery. In the first two weeks of the new program, more than 3,000 customers have expressed interest in enrolling, with more than 1,500 customers officially in the program.

Aaron August, vice president of Business Development & Customer Engagement at PG&E, commented on the progress of the VPP:

VPPs are a valuable resource for supporting grid reliability and an essential part of California’s clean energy future. Our customers’ home batteries offer a unique resource that can positively contribute to our state’s electric grid and will become more significant as our customers continue to adopt clean energy technology. In collaborating with Tesla, we are further integrating behind-the-meter battery-based VPPs on the largest scale yet, helping to make customer resiliency technologies more accessible and continuing a long tradition at PG&E of actively integrating VPP resources into our energy supply portfolio.

Enabling Powerwall customers to support the grid and their community is a necessary and important part of accelerating the transition to sustainable energy. We seek to partner with utilities and regulators everywhere to unlock the full potential of storage to bring more renewable, resilient, and less costly electricity to everyone.

With an average of two Powerwalls per customer, the VPP most likely already has a 13 MW load capacity.

PG&E says that if all eligible Powerwall owners join, the VPP would have the available megawatts equivalent to “the energy generated by a small power plant.”

Tesla Powerwall owners can join through the Tesla app and receive $2 per kWh that they send back to the grid during emergency events.