10 reasons we think Android is superior to iOS [Video] 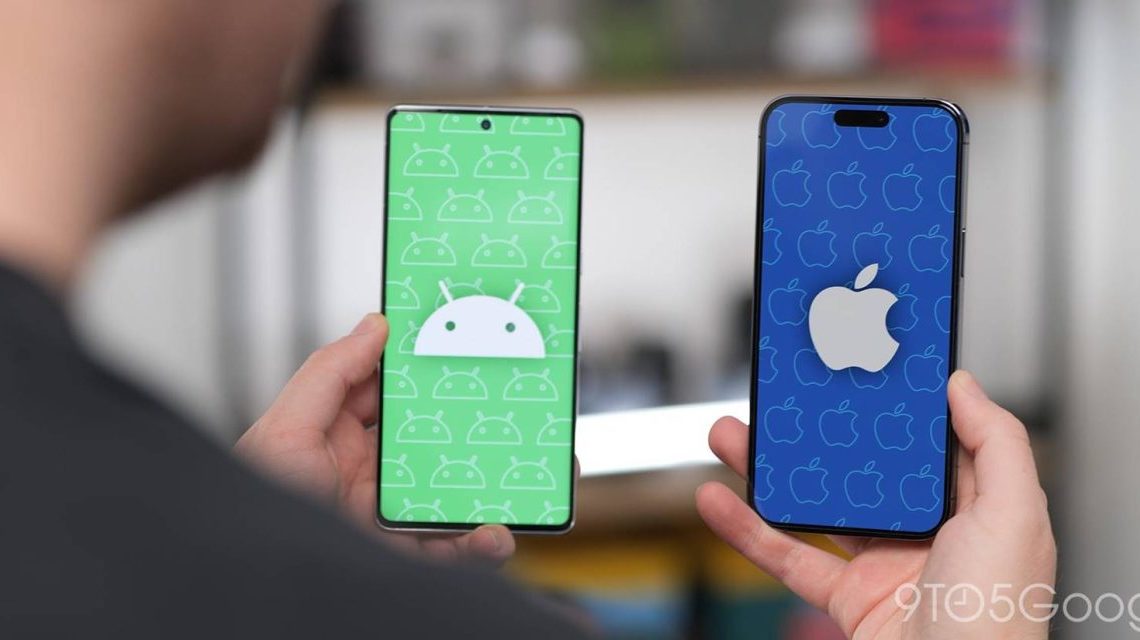 The never-ending comparisons of Android and iOS continue as we are going to give you some of our reasons for choosing Google’s mobile operating system over Apple’s closed ecosystem.

Simple arguments boil down to choice. With Android you have more choice than iOS. In recent years, we’ve seen more similarities, and in most cases switching from one mobile device system to the other is easier than ever.

That said, we have a few bones to pick with the iPhone series. So here’s a list of ten of our pet peeves and areas where Android still bests iOS and the iPhone.

It has taken until iOS 16 for Apple to finally implement the popular Always-On display feature we’ve enjoyed for almost a decade on Android. In typical Apple fashion, it doesn’t work how you would expect it to. Sure, you can make some customization tweaks, and the “Profile” function is a nice addition. However, Always-On displays are vastly superior here on Android.

Take for example the Pixel implementation. The At a Glance widget is consistent across your home and lock screens with quick information on the date, time, weather conditions, and battery level as standard. There’s even the underrated Now Playing feature that identifies current music from a locked state. That’s just one example. On OnePlus phones, you can tweak and tune the feature with more themes, integrations, and more.

Kudos to Apple for adding the function, but we’ll take the Android Always-On display every day of the week.

On almost every single Android phone you buy today, you’ll gain access to the AI-powered Google Assistant. While Siri is okay with the basics, when it comes to advanced controls and queries, the Google Assistant is still the outright best. Using your voice alone you can do some incredible things like control smart home tech, get information, reminders, and that’s just the tip of the iceberg.

On Pixel phones, you can even do things like real-time voice typing, live translation, and fully control your device without ever picking it up. Because you can tie results to your Google account, things get even more impressive with integration with more devices than just your smartphone.

Notifications are one of Google’s strongest areas. From status bar icons to indicate that an unread notification is waiting, to the Smart Reply feature that lets you quickly reply without needing to open an app, or even the organization of notifications within the Quick Settings panel, iOS just comes up short to Android in this integration area.

On iPhone, notifications are persistent within the pulldown Notification Center panel until you manually remove them. This makes things chaotic and unorganized if you get lots of notifications per day.

Face ID is truly excellent, but it’s not always perfect. While software-based Face Unlock exists on a number of Android devices, the ubiquity of fingerprint scanners is another reason that we think Android trumps iOS.

Whether it’s capacitive or in-display, not needing to look at your phone to unlock and lock securely is a huge plus in our book. Certain capacitive or rear-panel scanners even allow you to control UI elements like the Quick Settings panel. It’s a win-win for accessibility, as you don’t need to worry about wearing glasses or even a mask to unlock your phone.

A growing number of Android phones are offering 100W or higher charging speeds which can top your phone up in under 30 minutes. Longevity concerns aside, it’s hard not to deny how nice this feature is when we look at phones with slow charging. If being able to charge in super quick fashion is something you simply must have, then there are plenty of Android devices that even offer super fast wireless charging above 50W.

The ubiquity of USB-C means that an Android phone is better catered for current and future tech integration. Apple reluctantly clings to its proprietary Lighting standard which offers limited data transfer and charge speeds along with durability question marks.

It’s made all the more confusing when the Cupertino firm sells multiple devices that utilize USB-C for charging and data transfers including the iPad Pro and MacBook series. Connecting an Android phone to Mac or iPad is actually easier than an iPhone simply due to the native of USB-C.

If you’re shopping for a new smartphone on a budget you’ll likely have seen devices from Motorola, LG, Xiaomi, Oppo, and even Google. Apple’s only “affordable” iPhone is the SE, which although a fine device at $399, isn’t a great option if you want more bang for your buck.

When shopping for an Android phone, you simply have more choices across the entire price spectrum. Towards the high-end, devices like the Galaxy S22 Ultra go toe-to-toe with the iPhone 14 Pro Max, but once you creep down the price charts, things favor a multitude of other Android OEMs like OnePlus, Xiaomi, and Google with the Pixel 7.

Over the past few years, Google has steadily decoupled features from Android updates so that users are able to gain new features via Play System changes. This means that so long as your OS version is supported, you can get added functionality without needing to wait for a full system OTA update.

Recent examples include the long overdue Reading Mode. This function can be added simply by installing the application from the Play Store on your phone and works with the existing Accessibility features within Android.

Unlike Android, iOS still relies on full OTA updates to achieve the same, meaning that unless you update automatically, functions can be locked behind these patches. This also applies to third-party options, too, like audio controllers and far more. Android makes it easier to tailor your experience by way of these plug-in options.

Just one look at the Apple smartphone portfolio, and you can see that we have more choice over here. Sure, Apple only produces a limited lineup each year, but Samsung’s own flagship efforts span multiple forms. Foldable, flip, and all manner of contraptions exist on Android, meaning you can pick something that suits you and your preferences.

While some devices offer different functionality, there are also more screen and size options to suit just what you require. Be that a rugged phone or a battery beast, there are hundreds of combinations that you can tap into on Android that simple do not exist on iOS.

Banging the drum for Android customizability feels unfair at times as iOS has steadily offered more options to tweak and tune your device experience. However, if you want to do things like throw a new launcher on your phone or even create a home screen page with no app icons, then it’s Android or bust.

The truth is that Android as a mobile operating system allows you to cater to your own needs more effectively. Do iPhone users care? Probably not, but we’re over here enjoying all of the customizability benefits that come with Google’s OS.

Why do you choose Android over iOS?

There are even more reasons you might choose an Android phone over an iPhone. Let us know why you prefer one over the other down in the comments section below.