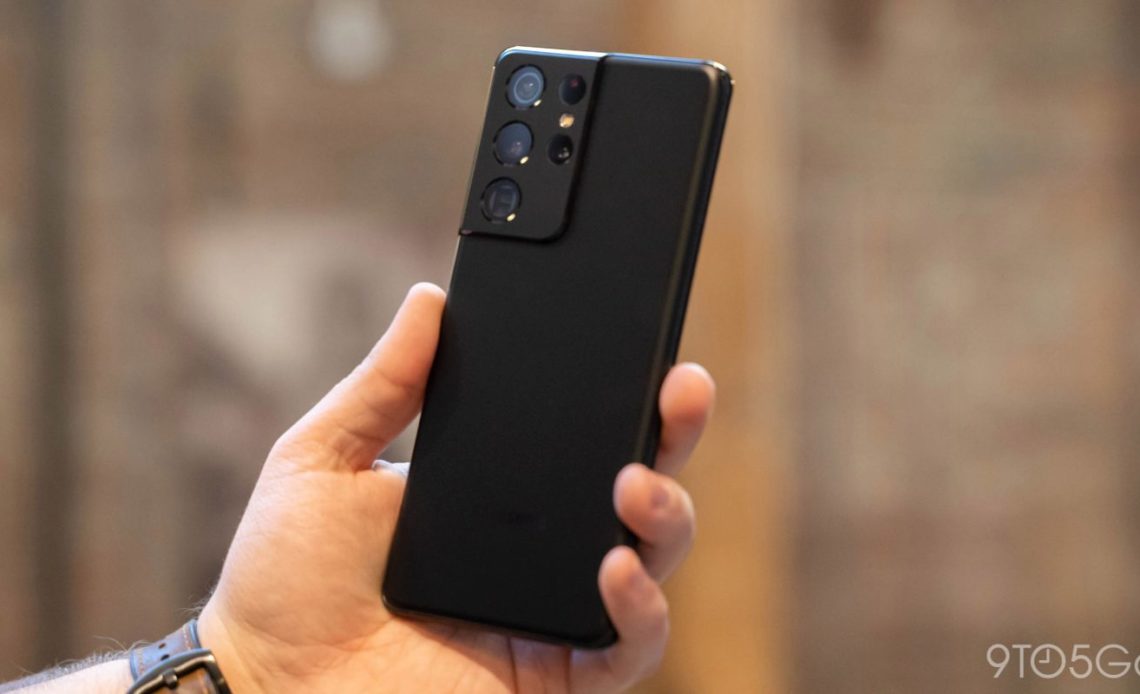 The May 2021 security update or patch has started rolling out for a number of Samsung devices including the likes of the Galaxy S21 and more.

As we’ve seen previously with older patches, the May security patch isn’t technically fully released yet even though Samsung has started its rollout to selected smartphones. Google follows a pattern of rolling out the update to its Pixel smartphones on the first Monday of every month, this month landing on May 3.

Not every monthly patch adds new features, but there are often multiple tweaks and tuning enhancements for existing Samsung smartphones to savor. Previous patches have added camera features and functions that are often not announced ahead of time.

SamMobile reports that the May patch improves the camera performance and even the Quick Share feature for those with the Galaxy S21. These are likely the two most notable changes, but there may be added features for specific hardware.

However, those with the Galaxy S20 and Note 20 will also get access to two extra video recording features as part of the May 2021 security update. Dual recording is part of the update package, a feature that allows you to record on multiple lenses simultaneously for a picture-in-picture effect while using the S20 and Note 20 camera systems.

Devices with Samsung’s May 2021 security update

Which devices are set to get the May 2021 update from Samsung? The list of devices getting monthly updates right now is quite hefty, and even as of April 27, some models have already been updated. You can see devices that have been updated so far in the list below.

The list below is being updated as new rollouts begin or expand to new regions and carriers. New additions will be marked in bold.

As you likely know, Samsung’s top-tier flagship device lineup is the Galaxy S Series. These devices are among the very first to get the May 2021 update with the rollout starting with the Samsung Galaxy S21 Ultra on April 26th. As one of the very best Android devices you can buy, it’s also great to know that it is the first Samsung smartphone to get the May 2021 security patch. However, it is currently limited to those in Germany.

The former flagship Galaxy S20 series — S20, S20+, and S20 Ultra — has been spotted receiving the May 2021 security update shortly after the latest S21 series. The US-specific patches for the Galaxy S20 FE, S20, S20+, and S20 Ultra arrived fairly late on May 25th. India was the first market to see the wider rollout of the latest patch for the Galaxy S21 series — including the S21 and S21+. The immense Galaxy S20 FE in both 4G and 5G guises was similarly updated midway through May to grab the latest patch.

A second May 2021 security update is now available for those with the Galaxy S21 series in India. It’s not clear what this update changes over the initial rollout but it does come with a different build number. The Galaxy S10e, S10, and S10+ started seeing the May patch in European regions in mid-May with unlocked US variants a little late to the party on May 28. The S10 Lite was on the receiving end of the patch — alongside the Quick Share tweaks — on May 19 in the US.

All updates also include some added camera enhancements and Quick Share tweaks to all eight Galaxy S20 series devices. This rollout has started across vast portions of Europe including Germany, Spain, and the UK. The Qualcomm-powered US variants of the entire Galaxy S21 series were updated from May 14th.

The full list of Galaxy S devices with the May update include:

While it’s easy to argue for the Galaxy S series as the flagship Samsung line, some will undoubtedly point towards the Galaxy Note lineage for “true” flagship hardware and specifications. Usually released months after the S Series is unveiled, the Galaxy Note line aims to provide Android users with the ultimate productivity device complete with stylus.

The May 2021 security update began rolling out for the most recent Samsung Galaxy Note 20 series on April 28, beginning in Germany before heading out to more European nations. The US has started to see the latest update on Note 20 series devices too, the delay being due to the usage of the Qualcomm Snapdragon 865 chipset rather than the Exynos 990 found in the EU versions.

With support set to end in the not-too-distant future, the still excellent Galaxy Note 9 has also received the May 2021 security update before the month was out. However, it has started rolling out for European owners first, likely ahead of a Snapdragon update in the coming days.

Slowly, the wider Galaxy Note series is being updated too, with the Note 10 Lite being the first outside of what could be the last ever flagship Note. The May security update has started rolling out for international variants of the device, with a wider rollout expected soon.

Shortly afterwards, the latest patch began rolling out for the Galaxy Note 10 and Note 10+ complete with camera and Quick Share improvements. The update for the Snapdragon Note 10 and Note 10+ arrived a little later than expected on May 27, but brought all of the same updates seen on Exynos hardware. Although support is set to end very soon, the Galaxy Note 8 was also updated with the May 2021 security patch as part of the quarterly commitment from Samsung:

While the S Series is the most popular, the Galaxy Z Series includes a number of foldables with flexible displays that straddle various form factors. The May 2021 security update has dropped for the Galaxy Z Flip 5G with further Samsung foldables likely to follow suit in the coming days and weeks. The OG Galaxy Fold, well, the fixed version also started receiving the latest security patch recently too. This was followed by the 5G version of the Fold just a few days later and by the Galaxy Z Fold 2 update just before the end of the month in the US.

Aimed at the affordable end of the market, the mid-range Galaxy A series is one of Samsung’s sleeper hits in recent history. Leveraging some of the higher-end hardware and with all the great software additions found in One UI.

The first to get the May 2021 security update was the Galaxy A51, which actually started rolling out in Eastern Europe on April 30. Joining the A51 is the Galaxy A50, which started to receive the very latest update from May 6 in selected regions. While the sub-$150 Galaxy A12 was updated from May 10, 2021. With it’s weirdly interesting rotating camera setup, the Galaxy A80 was among the last A-series devices to get updated before June crept upon us. The Galaxy A42 5G was updated on June 3rd with a rollout starting in Germany, Italy and the UK simultaneously.

After being added to the Google Fi store, the Galaxy A32 and the 5G variant also been updated to the most recent May 2021 security patch with a US-specific rollout starting on June 7, which is great if you are looking to pick up the affordable Android. Samsung recently released the Galaxy A52, A52 5G and Galaxy A72, which are now getting the latest security patch alongside some new video calling features. The Galaxy A71 was very late to the party, getting the patch on June 4, 2021. As part of the overdue Android 11 update, the affordable Galaxy A30s was also given a security update to May 2021’s standards on June 11.

Aimed mainly at the affordable market and available almost exclusively online, the Galaxy M Series has quickly become a popular choice in the budget segment. The latest 2020 series devices including the Samsung Galaxy M31s and M51 started receiving the May security update quite late into the month on May 26. However, given the lack of global availability, the May 2021 security update rollout has only been confirmed for these Samsung devices in Russia and Brazil:

Probably the only Android tablets worth investing in is Samsung’s Galaxy Tab series. While Google has more or less abandoned proper tablet support for the OS, Samsung has pressed on and littered the market with some decent options at various price points. Updates to a tablet are still just as important, after all, they are just running the same version of Android as a smartphone: