Longest-range electric vehicles (EVs) you can buy in 2021 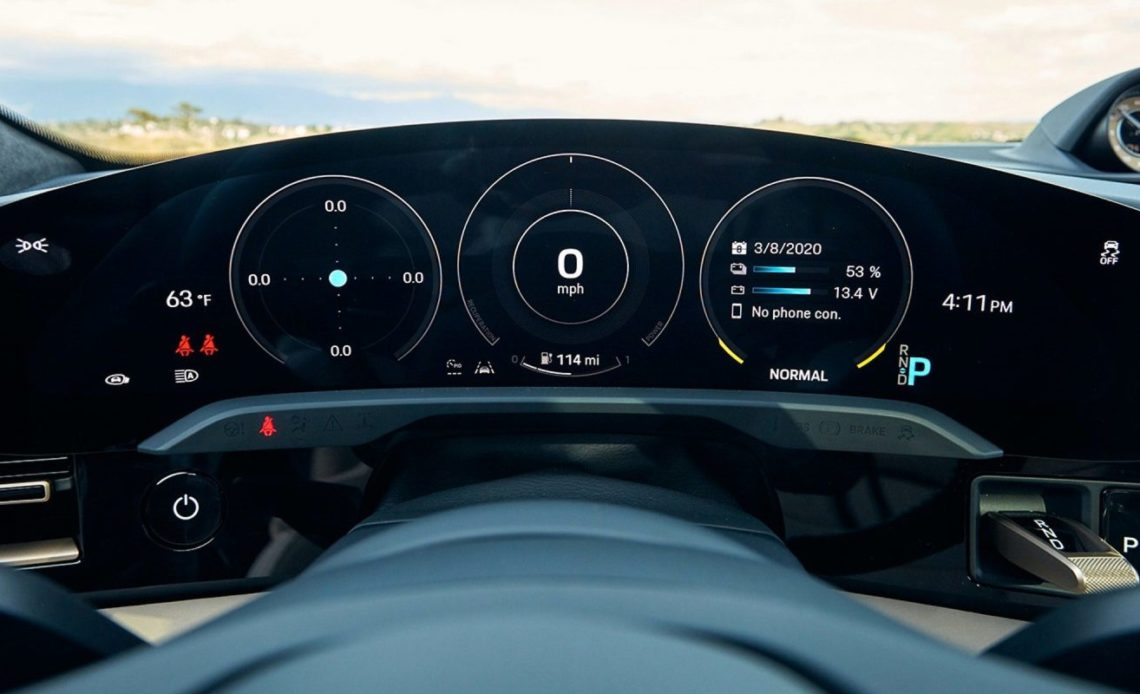 As electric vehicles look to gain an even larger portion of the automobile market in 2021, consumers will look at a number of factors as they choose to go electric. One major specification on any EV data sheet is the estimated range i.e. the amount of miles your new vehicle can travel on a single charge. Naturally, you’re going to want the most battery for your buck. Below is a list of the current EV options for 2021 sorted by longest range.

How EV mile range is determined

Estimated range for electric vehicles is determined through a testing of energy efficiency from one of several certified organizations. In the U.S., the Environmental Protection Agency (EPA) is tasked with calculating the operating range on a single charge before an EV goes to market.

The energy consumption of a given EV is determined in a lab using standardized procedures mandated by federal law. That is contrary to the notion that vehicles are tested on open roads or tracks. Each vehicle is in fact tested on a treadmill-like device called a dynamometer. The EV never actually moves, just the rollers beneath its wheels do.

Each EV is tested after sitting overnight with a fully charged battery. A professional driver then cycles through city or highway driving conditions until the battery becomes is exhausted. The dead battery is then fully recharged so a technician can determine the EV’s energy consumption. This is done by taking the kilowatt-hours (kWh) of energy needed to recharge the battery, and dividing it by the number of miles driven on the dynamometer.

Many drivers would argue that their actual mile range doesn’t match the EPA estimated range for their electric vehicle. That’s because driving conditions and a person’s driving style all play a factor in the life of the battery. Regardless of actual range, EPA estimated range is a certified benchmark to help understand the full potential of an electric vehicle before purchasing.

Let’s begin with the EVs that are currently available for purchase starting with the longest EPA estimated range first. For the sake of time and page space, we will only include the furthest driving powertrain for a given model. We will also include a full, detailed list at the end for you.

With new refreshes underway on Tesla’s veteran models in 2021, Tesla’s Model 3 Long Range sedan currently sits as the automakers longest range EV available to drive off in today. As Tesla’s second newest and least expensive EV, the Model 3 has quickly become the best selling electric car in history. In fall of 2020, Tesla brought a refresh to the Model 3 that included the heat pump previously implemented on the Model Y to increase efficiency. That refresh brought 30 extra miles of range to the dual motor, Long Range powertrain. The current Tesla Model 3 tops this list with an EPA estimated 353 miles on a single charge, and is currently available on Tesla’s website.

Sticking with the Tesla theme is the automaker’s newest EV to debut, the Model Y. This model previously came in two dual motor trims, until Tesla announced a new Standard Range RWD trim earlier this year. The Long Range Model Y still offers the best range out of the three available trims, however. It can currently travel an EPA estimated 326 miles on a single charge. That’s 27 miles less than its Tesla sibling above, for those keeping score at home.

Speaking of new EVs to hit the market, household name Ford Motors has gone all in on the journey toward all-electric vehicles. In a, “we’re still hip and care about the planet too” sort of move, Ford decided to adapt one of its flagpole ICE vehicles, the Mustang toward full electric. Ford’s Mach-E SUV has just begun to roll off assembly lines in America with a lot of hype surrounding it so far.

The CA Route 1 Edition makes this list because it offers the most range out of the five variations Ford is either currently offering or will be delivering soon. This electric Mustang can travel an EPA estimated 305 miles on a single charge. Did we mention it’s also a Mustang?

The Kona is one of two full electric offerings currently available from Hyundai. It makes the list because it offers more range than the Hyundai Ioniq Electric in addition to a majority of the EVs currently available for purchase. The Kona saw a design refresh in late 2020 offering a sleek new front end. Regardless of the exterior, Hyundai’s Kona Electric currently boasts an EPA estimated range of 258 miles. That’ll get you around the Kona District in Hawaii plenty of times over.

Porsche’s Taycan electric sports car is an excellent litmus test for the market’s pivot toward EVs in 2021. Since the Taycan went into production a year ago, Porsche has already sold over 20,000. The Taycan 4S makes our list because Porsche is certainly a name you associate with speed, but not normally with environmentalism. This sleek electric can travel 227 miles on a single charge under a design only Porsche can provide. Furthermore, with multiple variations in addition to the Taycan 4S, customers can now drive off in an electric Porsche for under $80,000.

So now that we’ve inventoried a few of the long range options are currently available, let’s start daydreaming about what EVs are to arrive in 2021. Below are several of the more anticipated electric vehicles currently scheduled to deliver at various points in the coming year. Whether these automakers hit their target dates is still to be seen, but for now we will share when we can expect to see them delivered.

Again, not every variation is included in this list. With the goal of variety, we will skip multiple powertrains, but you can view the entire list of EV ranges at the end.

Let’s kick off our prospective list for 2021 with the most impressive (if genuine) mile range on the entire list. This comes in the form of the newly announced Tesla Model S Plaid+. Last fall, Tesla gained a lot of fanfare after it shared some of the specs on its upcoming tri motor, Plaid sedan. The Plaid is said to travel 200 mph and go 0-60 in less than 2 seconds.

Tesla’s recent refresh announcement to its Model S and Model X brought new variations on the EVs. This included the Plaid Model S being split into two separate trims – Plaid and Plaid+. While the top speed and 0-60 remains the same for both Plaids, the Plaid+ promises staggering range. Tesla claims it will be able to travel an EPA estimated 520+ miles on single charge. Tesla still has time to work on this achievement too, as its website states that the Plaid+ won’t be available until late 2021.

Lucid Motors is one of the more anticipated electric automakers on this list as a genuine competitor to Tesla (someday). Although Lucid has yet to deliver its first EV, its Air sedan has already made a strong case as a contender. Lucid Motors plans to release three variations of the Air in 2021, and its most affordable option, the Lucid Air Pure in 2022.

Moving back to Tesla, the Model X SUV also saw a refresh in early 2021. Due to this, the original Model X EVs have been liquidated, and customers are not scheduled to see deliveries of two new trims of the SUV until April. That being said, when the dual motor Model X Long Range Tesla does finally emerge, customers can expect to see an EPA estimate range of 360 miles. This is actually eleven miles less than the previous version of the Model X Long Range Plus. In return however, the SUV can now travel 0-60 mph in 3.8 seconds as opposed to the previous 4.4.

We are including Rivian’s first two electric vehicles together because they promise the same range, and probably because their names are so similar. Rivian is another potential Tesla competitor gaining steam as is moves closer to delivering its first EV, the R1T pickup truck. Set to deliver its Launch Edition this June, Rivian’s R1T promises 300+ miles of range on a single charge.

Not to be outdone… by itself, Rivian is also debuting an all-electric SUV in August of 2021. The R1S also promises an EPA estimates 300+ mile range and comes in some awesome colors as well. Rivian does have other trim options in store for both of these EVs too, but those are not scheduled to become available until early 2022.

The ID.4 happens to be the first globally available electric vehicle newly built by Volkswagen on their new MEB platform. The hype around this one is real too. After recently launching a small batch of First Edition ID.4s in the U.S., VW said they sold out in a matter of hours. Luckily, another batch of First Edition models is in the works. Deliveries for the ID.4 should begin worldwide this coming March.

The Volkswagen ID.4 offers an EPA estimated 250 miles of range. VW’s pivot toward next-generation electric vehicles is a breath of fresh air after the automaker’s crooked history of emissions testing. People don’t forget!

Perhaps you were thinking of a different EV that didn’t make the cut above, or you were interested in a different powertrain but didn’t see it listed? Here is an extensive list of more electric vehicles and their variations for you to peruse and compare EPA estimated ranges.

Note that these ranges and release dates are relevant at the time of publish. We will update them as they evolve.

Did we miss anything? Are there any 2021 EVs with the longest range you think we should add? Let us know in the comments below.