Lenovo is joining the likes of Dell and Acer in upgrading its products to feature Intel's 10th-generation laptop CPUs. The new systems include the 14-inch and 15-inch Yoga C940 2-in-1, the Yoga C740 in the same two sizes and the 13-inch Yoga C640. Of the lot, the new 14-inch Yoga C940 is the most interesting, since it's also certified under Intel's Project Athena standard for thin, light, long-lasting laptops.

The Yoga C940 has a few additional AI-based updates including a feature called Super Resolution that upscales videos to up to full HD (1080p) resolution. It also offers something called Q-Control that adjusts performance and optimizes battery life by enabling an "Internal Cooling Mode." This monitors the laptop's temperature to better control its fan, and Lenovo says to expect improved battery life of up to 17.5 hours for the full HD model. Like most recent Windows laptops, the Yoga C940 also offers Modern Standby to perform tasks when the computer's idle and resume almost instantly from sleep mode. 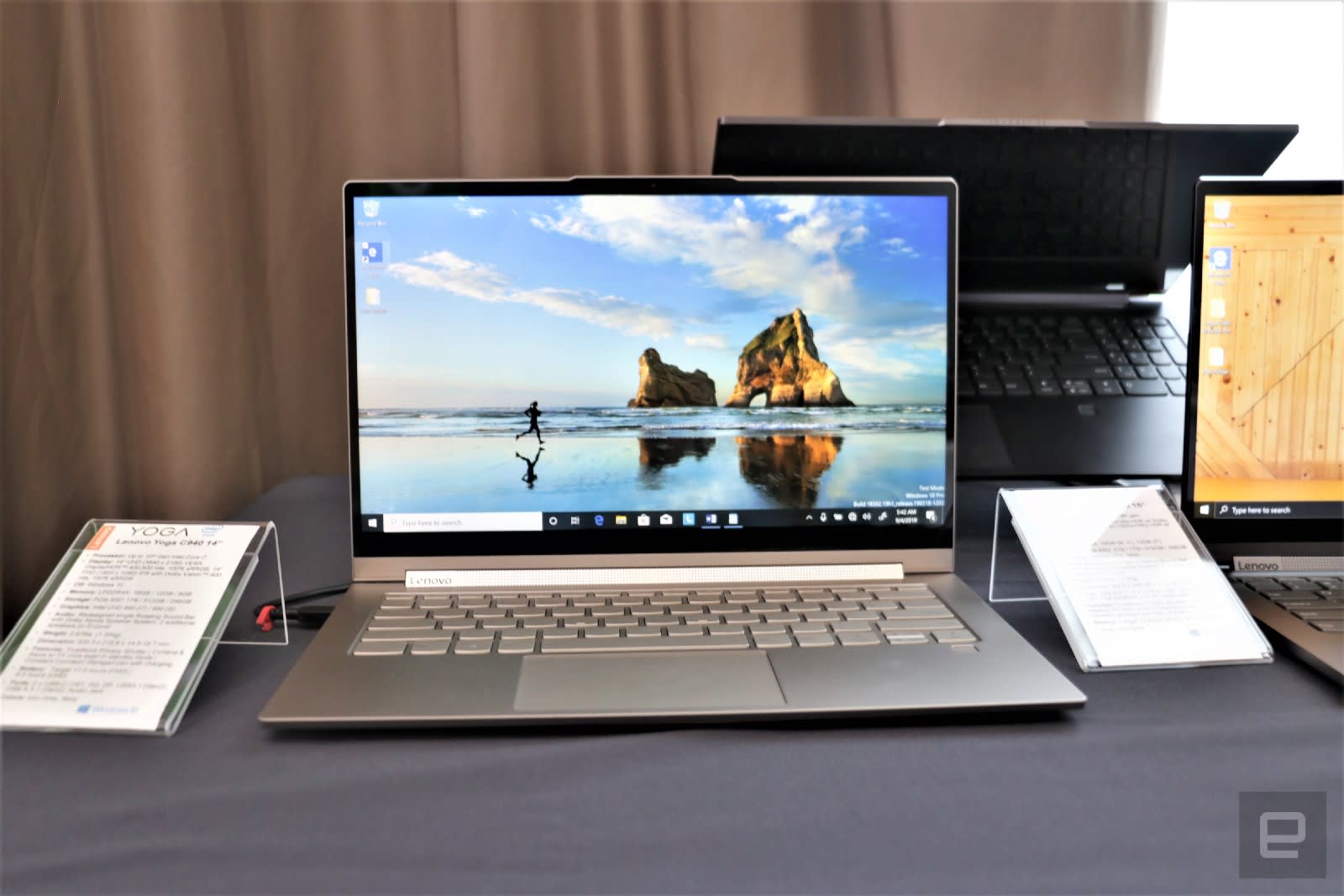 Depending on the region, some of these new Yoga laptops will also get some Alexa updates. Specifically, they'll be getting multi-language support (just English and German for now) and lock screen support so you can talk to the assistant even when the PC is asleep. You'll still have to make sure the lid is open for this to work, though. There are also update visuals to match the Alexa app for a more cohesive overall experience.